You are here:
Travel 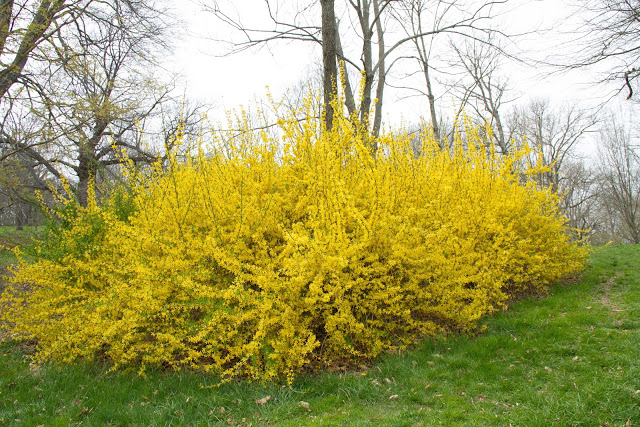 I was in Boston last weekend and hoped to share some spring photos from some of my favourite places there. But no luck. Instead of sunny April, the days felt like frigid, rainy March. And then came Monday, with the horrific Marathon bombings.

Last year I was in Boston on the same Marathon weekend
and the sun shone non-stop. Forsythia was in bloom everywhere, including at the Arnold Arboretum.

Rhododendron and apple trees were in bloom, but temperatures in the week or two before had been so warm that the cherry trees had passed their peak.

At the wonderful Garden in the Woods, home of the New England Wildflower Association, turtles were basking on the edge of a pond,
and in the woods skunk cabbage (symplocarpus foetidus) was well above ground.

Thousands of volunteers contribute their time each year to make the Boston Marathon a success. That, I’m sure, will continue.

Other volunteers across North America are making a difference by monitoring climate change. They are charting the advent of spring by noting when cherry trees and lilacs first bloom, when Monarch butterflies and hummingbirds fly north and when robins nest.  All the evidence they are gathering points to a warming world. In fact, data from these volunteer naturalists suggests that the growing season is two weeks longer now than it was a century ago.According to an article on the Arnold Arboretum’s website, flowers in Massachusetts bloomed earlier last spring than at any time in 161 years of local record keeping. My own records are far from precise, but they suggest that over the last few years, warm springs have alternated with cooler ones. This is a cool spring. But even in the cool years, daffodils and forsythia have always been blooming by mid-April.

Not this year.  How could they? Here are two photos of my part of the world, taken by a neighbour on April 12. 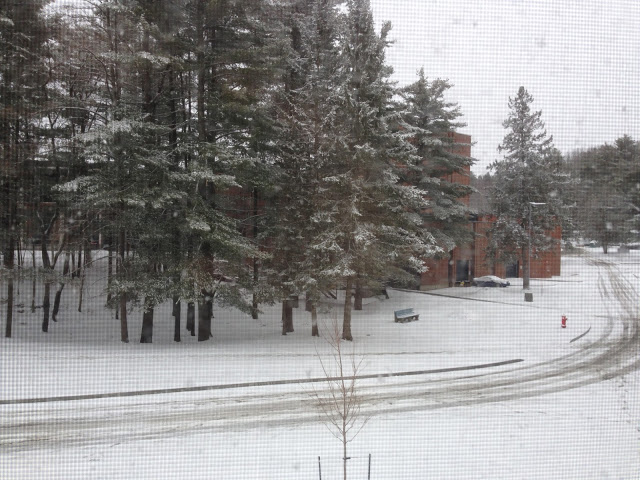 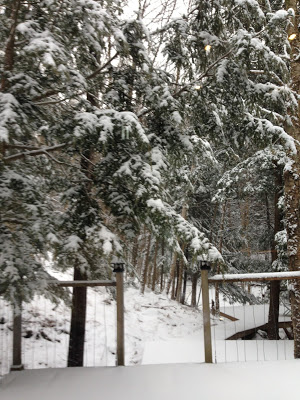 I haven’t been at Glen Villa for over a week now. Almost certainly the snow has melted, and perhaps by the time I get there, daffodils and forsythia will be in bloom. I hope so — I need some cheeriness right now.

Let me end on a positive note, with a photo I took just before we left Boston, only hours before the bombs exploded.  The forsythia may be behind schedule, but it blooms nonetheless.

My Favourite Gardens: the Reford Gardens and the International Garden Festival
July 26, 2021