Flora and Fauna in Ravenna’s Mosaics 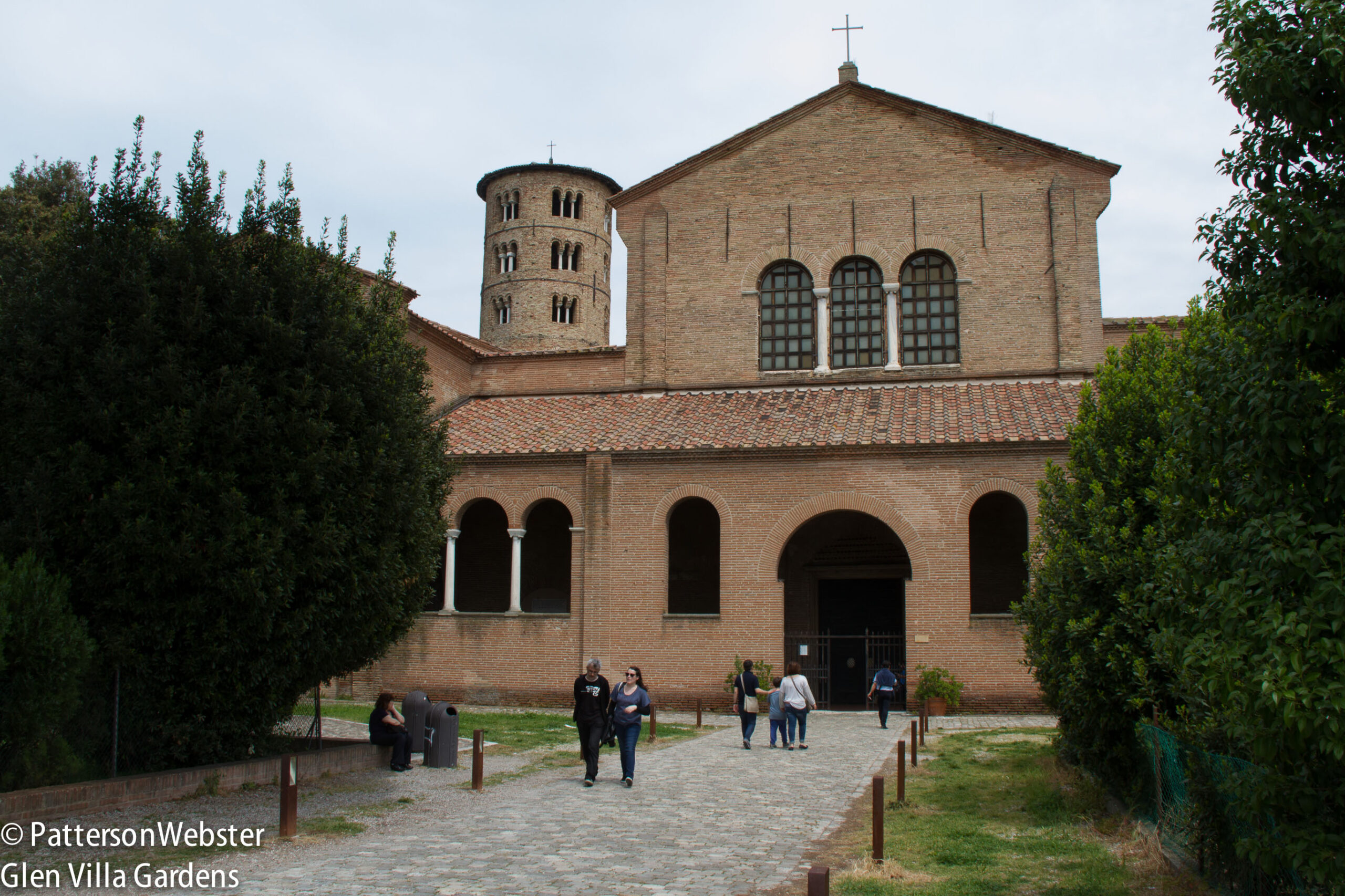 For the last few days I’ve been in Ravenna, Italy, looking at mosaics that date back to the 5th century. And glorious they are.

Scattered through the old city, all but one within easy walking distance, these mosaics decorate the interiors of basilicas, mausoleums and baptistries. They tell stories from the life of Jesus and celebrate Christian doctrine in some of its earliest forms.

The exteriors of the buildings that house the mosaics are simple, undecorated brick. The interiors gleam with mosaics in gold, green, blue, red — every colour and shade that could be found in the 5th and 6th centuries, when the mosaics were created. 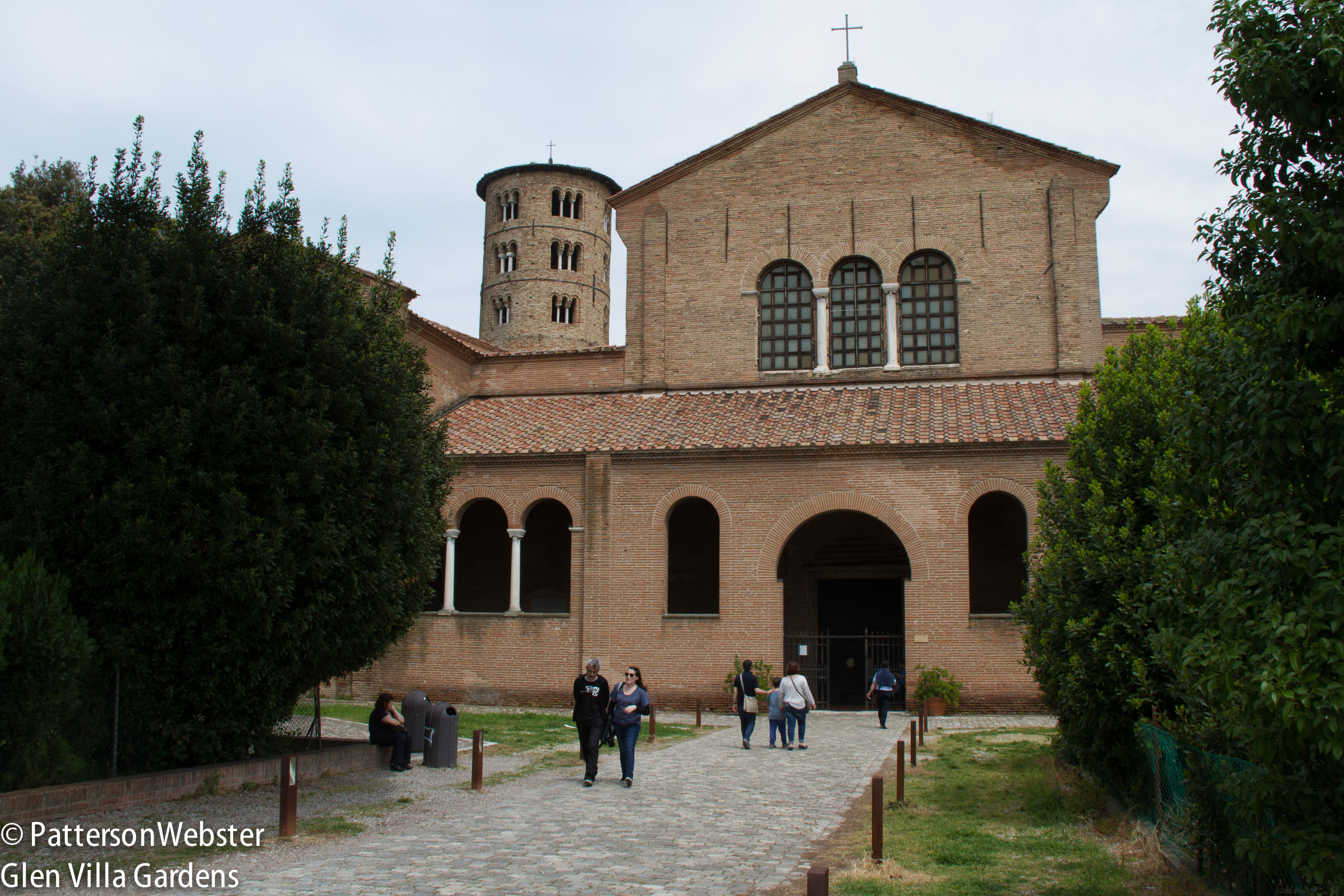 Behind the simple brick exterior of S. Apollinare in Classe is an interior equally simple, spacious and calm — except for the explosion of colourful mosaics that brings the interior to life.

The mosaics that represent saints, bishops and rulers like the Emperor Constantine occupy the attention of historians — and rightly so, since much of historic interest can be gleaned from the scenes portrayed. But apart from the extraordinary brilliance and richness of the scenes overall, what excited my attention were the representations of flowers and animals.

Not surprisingly, since Jesus is often called the Good Shepherd, sheep were depicted in many of the mosaic-rich sites.  The procession of sheep along the lower edge of the mosaic in the apse at S. Apollinare in Classe symbolize the faithful shepherded towards salvation.

The three sheep that appear on the green but rocky ground near the cross represent three Apostles who were with Jesus on Mt Tabor. On the left, the single sheep is Peter; the pair of sheep on the right are the brothers James and John.  .

A close-up of this scene shows delightful elements from nature: birds flying, birds perched in trees, trees and shrubs of different shapes and kinds. 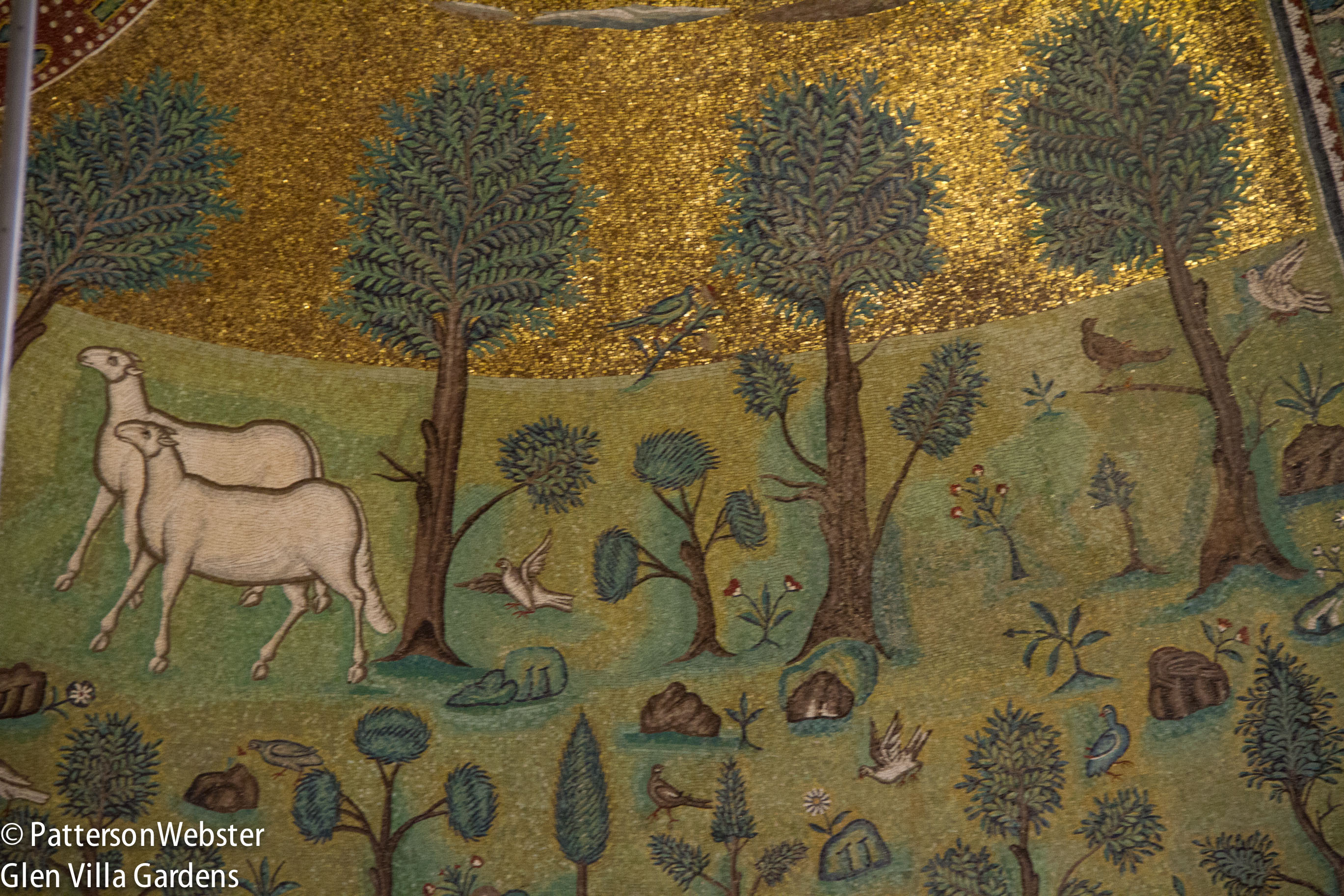 Birds fly among stylized trees and shrubs, while flowers dot the rocky ground. The two sheep are the brothers James and John.

As well as flying and perching, birds stand their ground in a floor mosaic at the Basilica di S. Vitale… 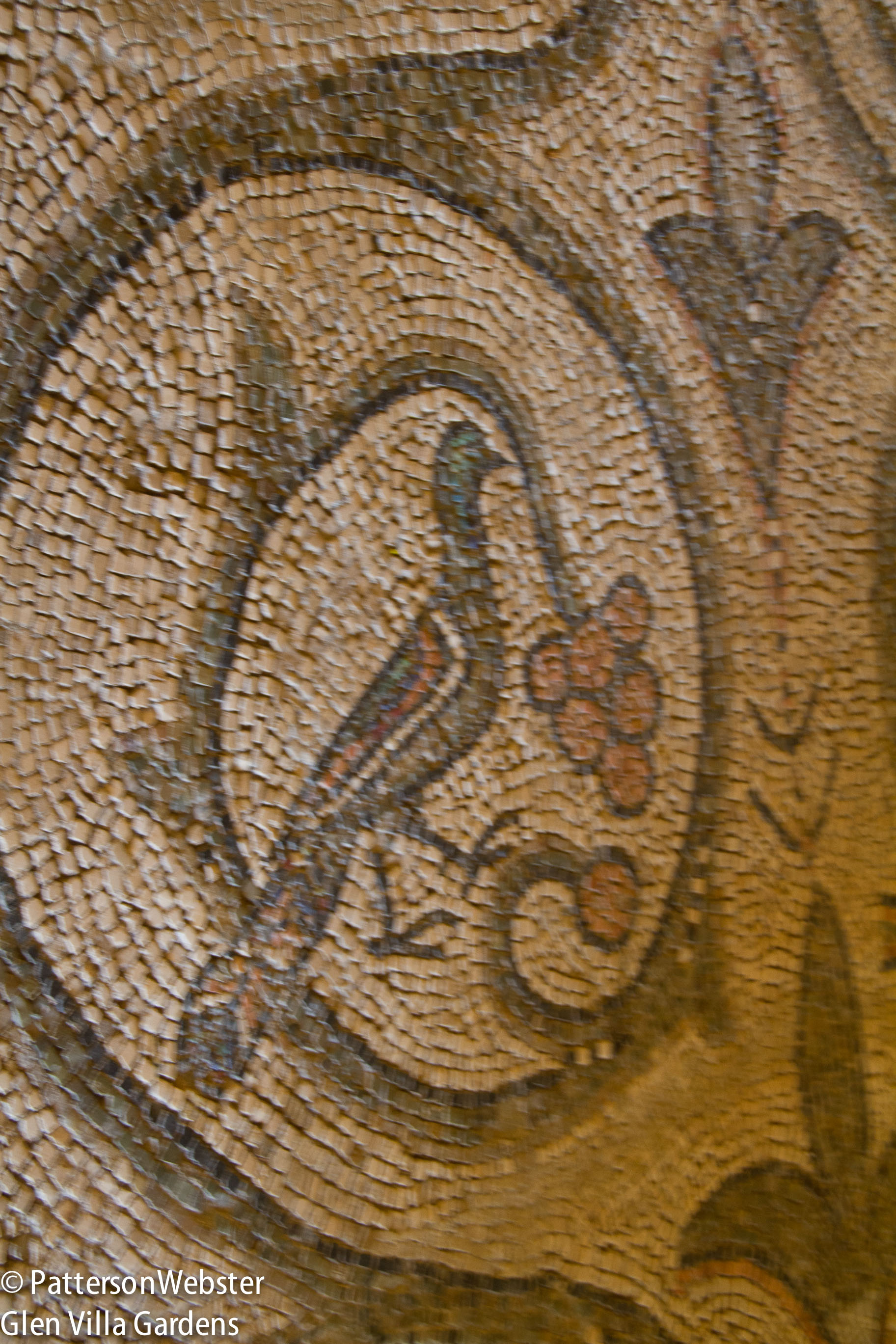 A dove perches on a branch in a floor mosaic in the basilica of San Vitale.

This mosaic was formerly at S. Apollinare in Classe.

or appear in glory on the barrel vaulted ceiling outside the Capella di S. Andrea.

Animals appear everywhere. I expected to see the Evangelists —  Mark symbolized as a winged lion, Luke as a winged bull and John as an eagle.

This photo gives a small idea of how richly decorated the walls of the Basilica of S. Vitale are. Among the animals is the winged bull, symbol of Luke the Evangelist.

But the appearance of dolphins, fish, imperial eagles in flight and strutting peacocks was a surprise. The details in the mosaics are overwhelming, but slow attentive eyes can find many, if not all of them. 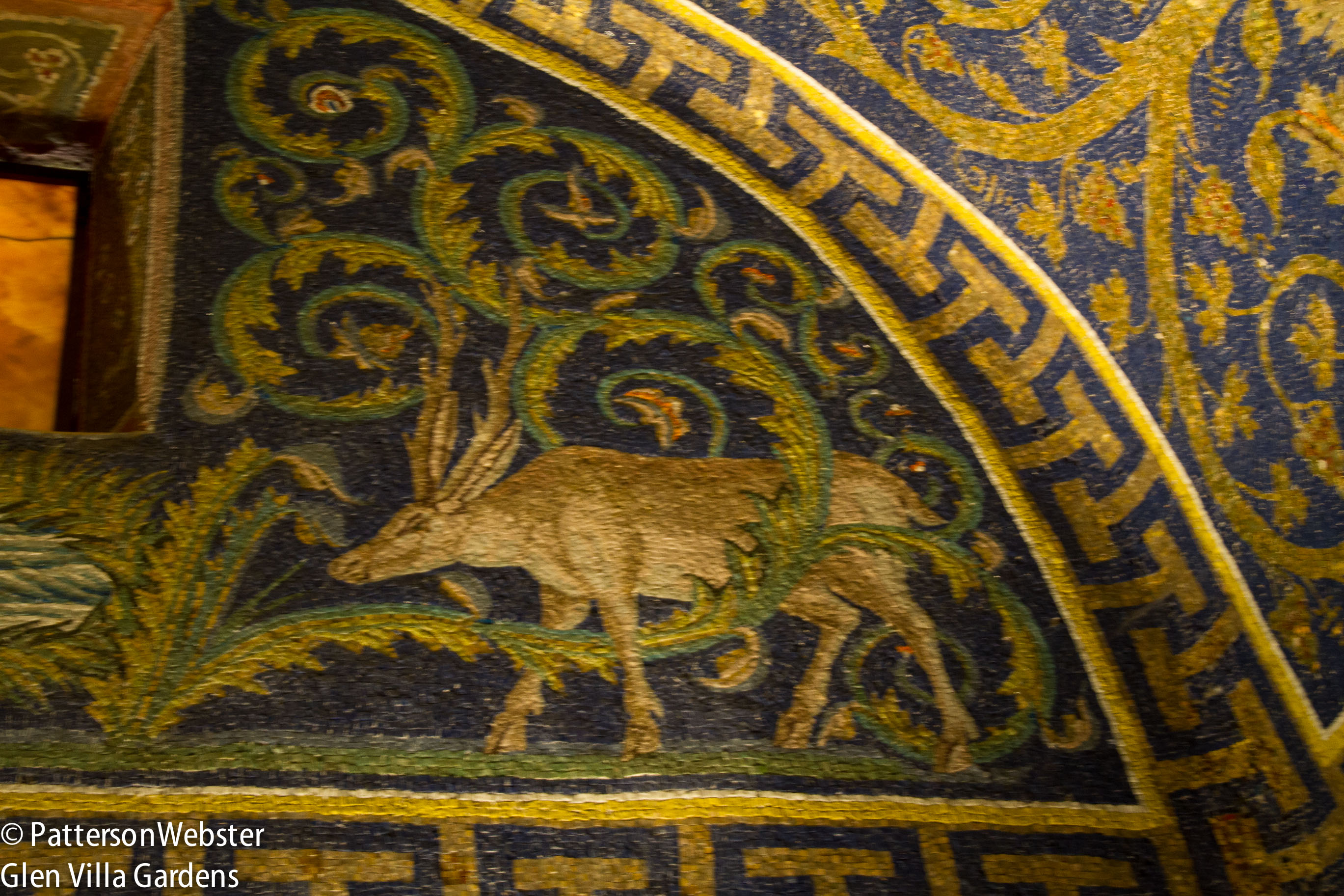 This deer entwined in vines appears in the Mausoleum of Galla Placidia, where a star spangled sky is said to have inspired Cole Porter to write ‘Day and Night.’. Deer refer to a passage from Psalms: “As the hart panteth after the water brooks, so panteth my soul after thee.”

Along with animals of all sorts, palm trees are a favourite motif in the mosaics. At S. Apollinare in Classe their gold and green hues are striking against a magnificent dark blue background. 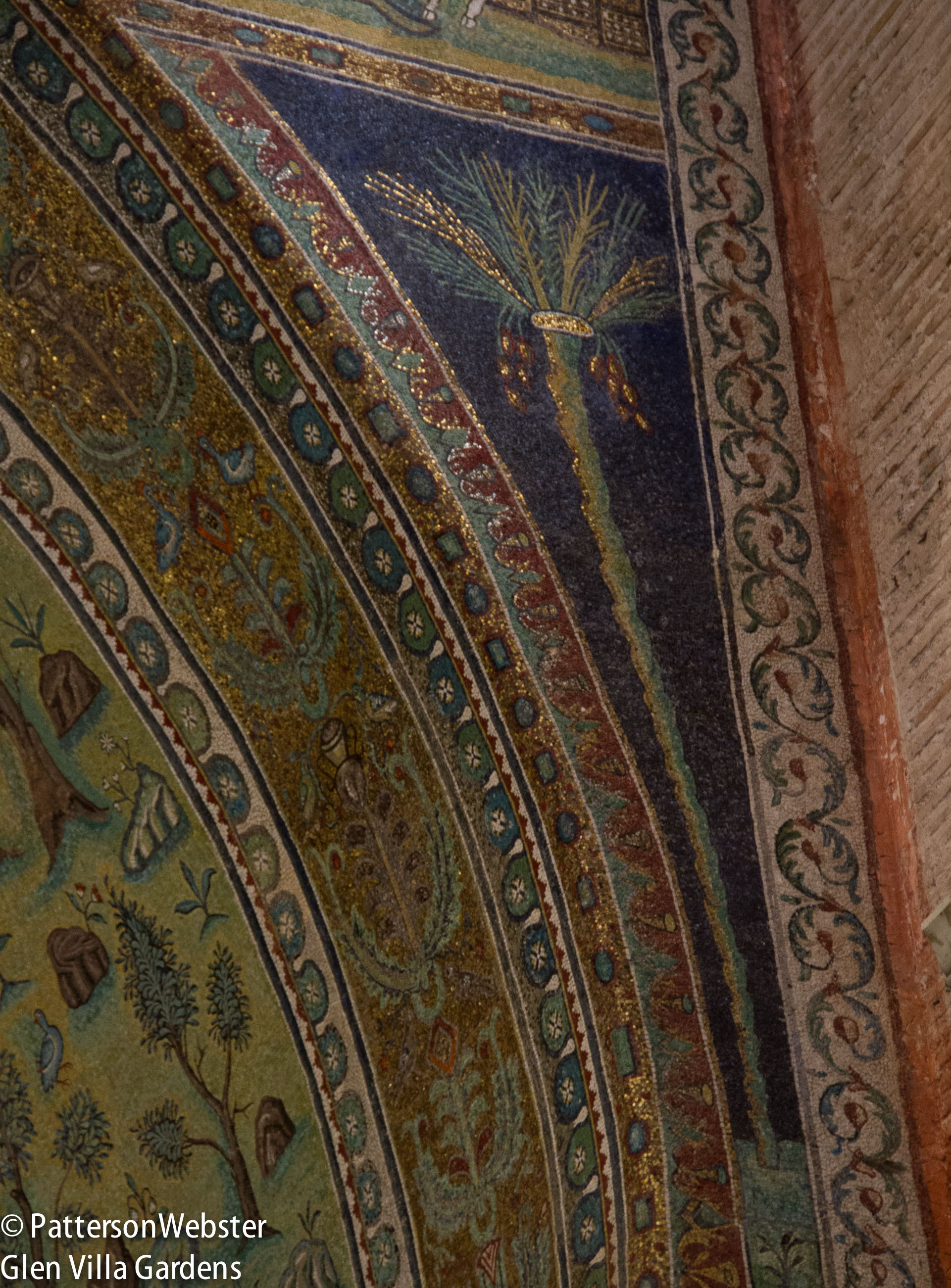 The final portion of the name of this basilica, ‘in Classe’, comes from the ancient Roman city ‘Civitas Classis’ that once stood nearby, close to a port city built by Caesar Augustus.

Palms were connected in my mind only with Palm Sunday, but my guide book offered another reason to explain why they were so frequently shown — a Bible verse that says “the righteous will flourish like a palm.”

At S. Apollinare Nuovo, three evidently righteous Magi walk in front of palm trees as they carry their gifts towards the Virgin and Child. The Magi are wearing very fashionable tiger-skin tights. Or is that only my imagination?

There are two baptistries in Ravenna, and at both, stylized palms separate Apostles who circle the central dome. (Two baptistries were necessary because they served different religious communities. The Neonian baptistry, named after a bishop of the city, represented mainstream western Christian doctrine.  The Arian baptistry served those who followed the teachings of Arius, a priest from Alexandria.  Arianism interpreted the nature of the Trinity and the nature of Christ in a way that conflicted with standard Christian teachings. It was deemed heretical by the Council of Nicaea in 325.)

The faces of the Apostles show real character. The clusters of fruit show that this is a date palm.

The central scene in both baptistries shows Jesus waist-deep, being baptized by John the Baptist while the transparent water of the River Jordan ripples gently around him. A personification of the river emerges from the water, a green cloth in hand. River reeds appear on the left, behind John the Baptist who is wearing his traditional goatskin.

This mosaic in the Neonian Baptistry, named after the Ravenese Bishop Neone, dates from the mid-5th century.

Not unexpectedly, with all the emphasis inside on palm trees, one is flourishing outside the Neonian baptistry. Nothing grows on the pavement outside the Arian baptistry but a lively cafe flourishes nearby. 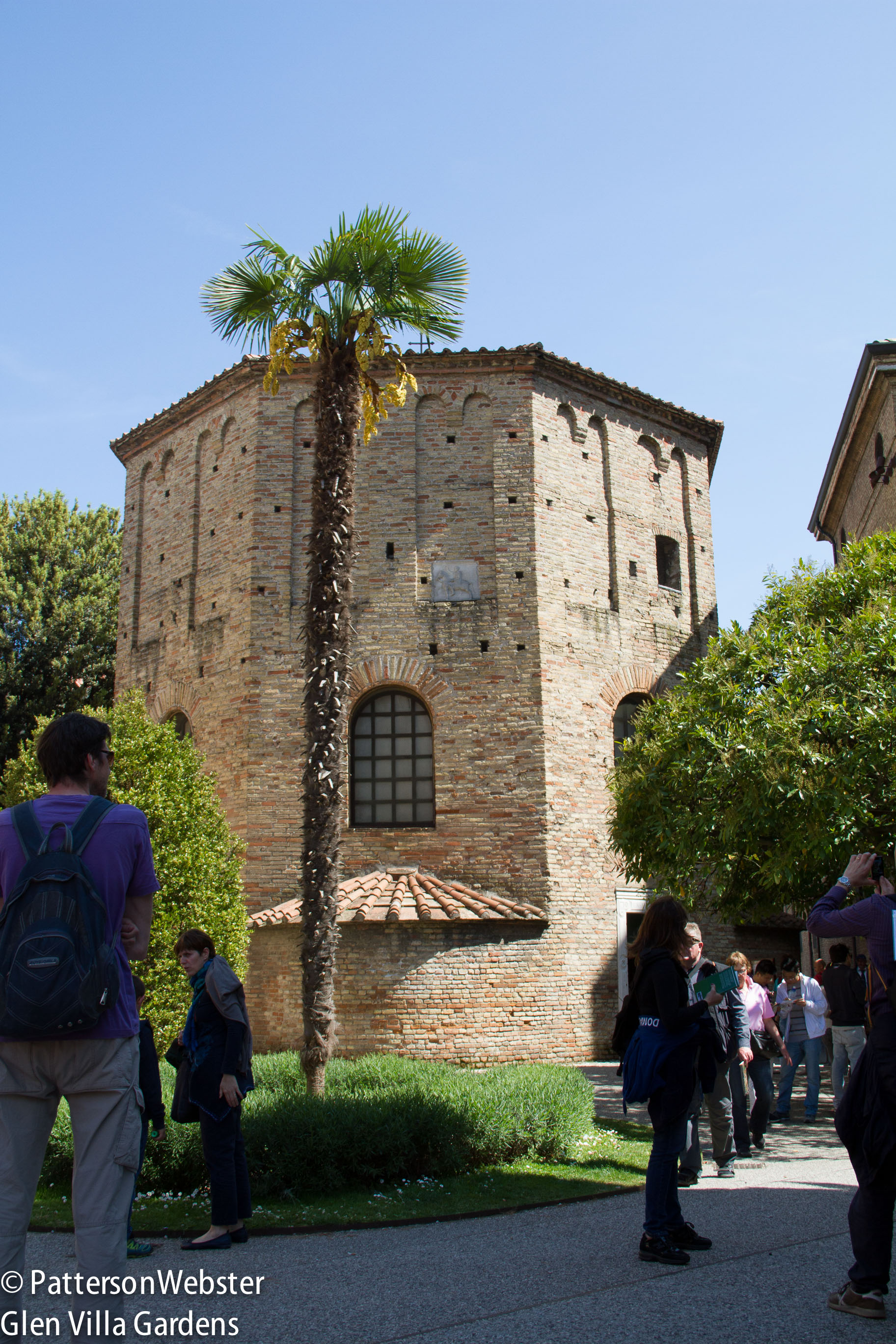 The Neonian Baptistry is the oldest of Ravenna’s monuments. The exterior is typically simple, an octagon made of thin bricks.

Of all the glories depicted in these stunning mosaics, my favourites are the flowers. They appear underfoot… 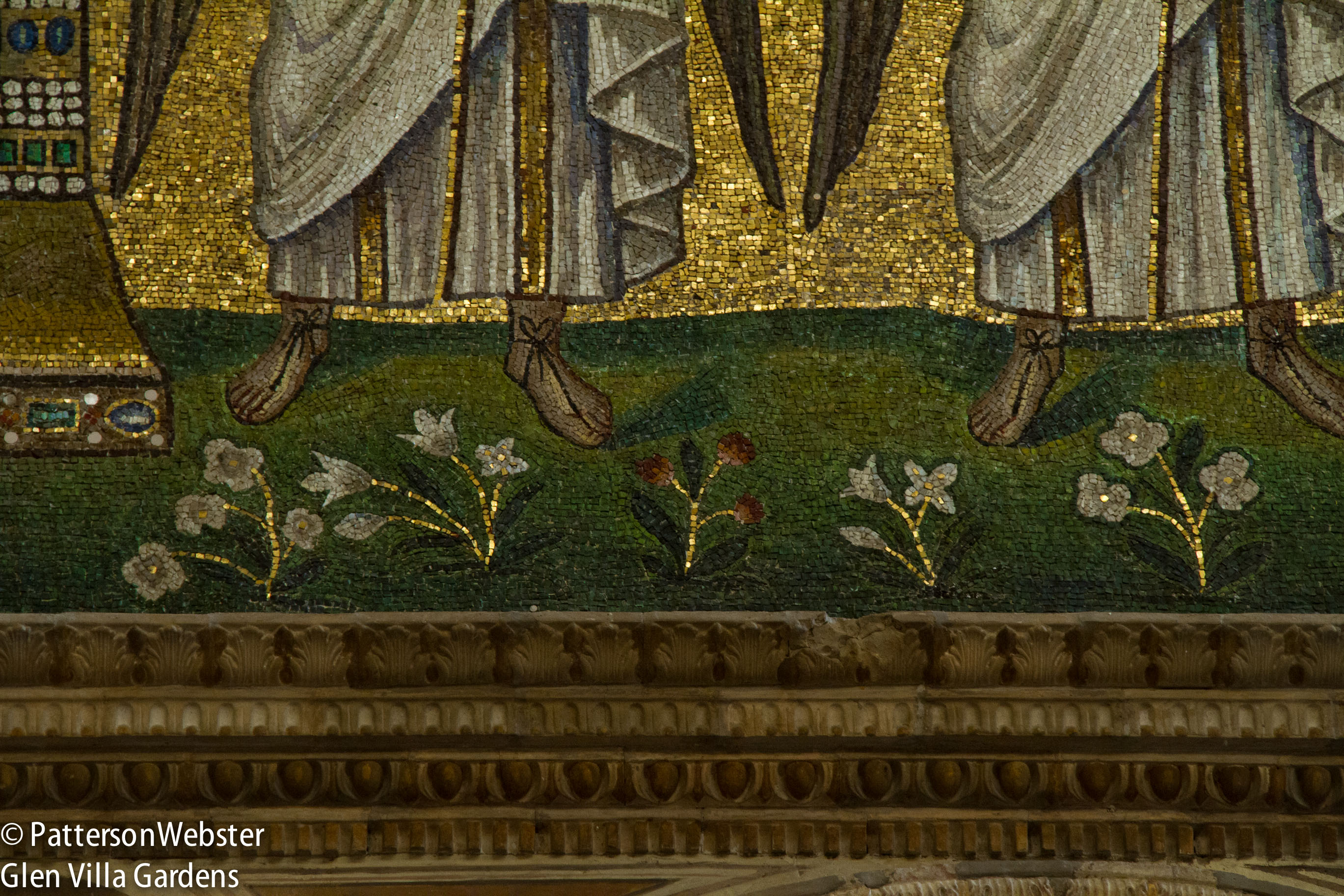 beautifying the world inside and out. 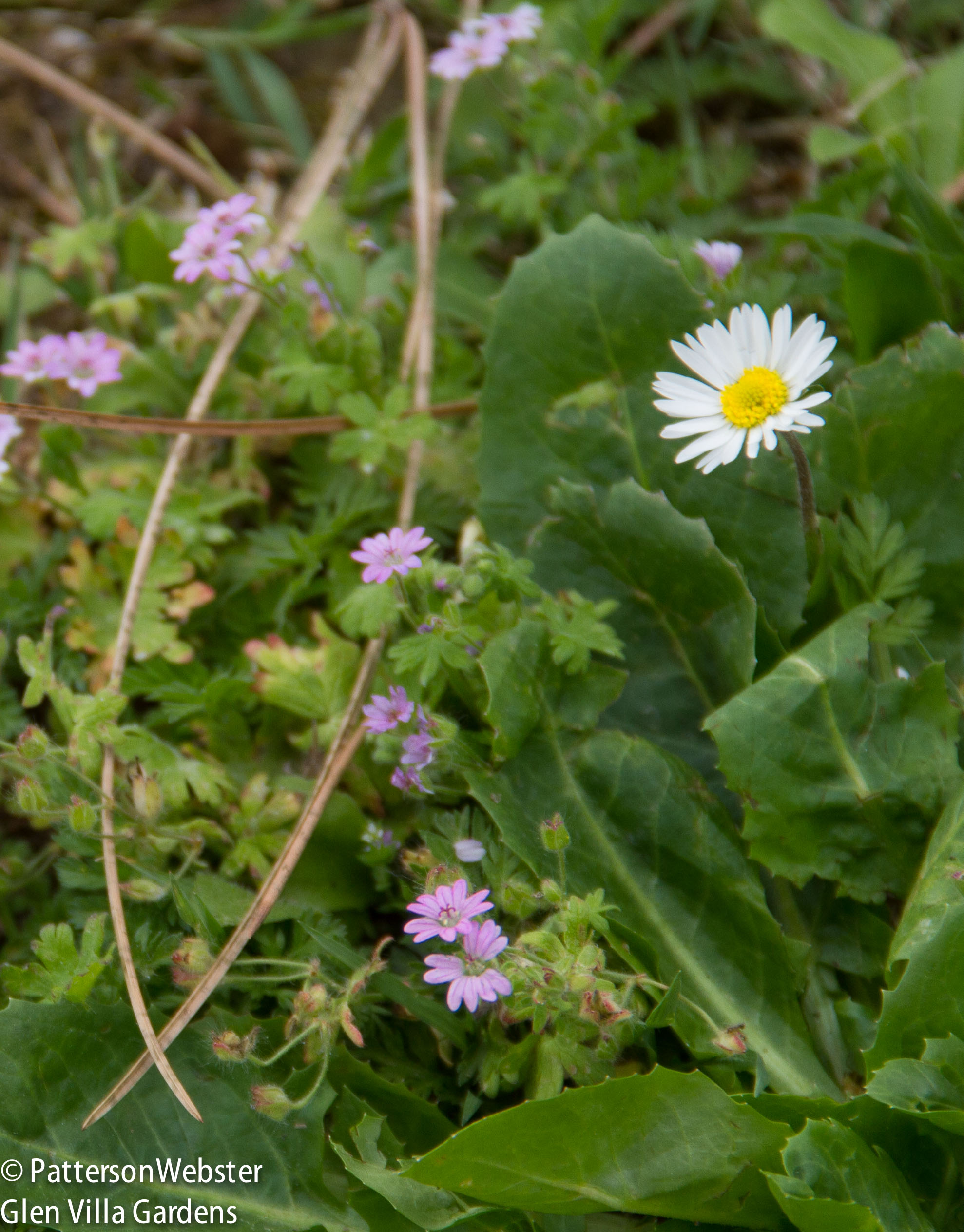 And they are even more brilliant than the photos show. I felt like I was in a jewel box.