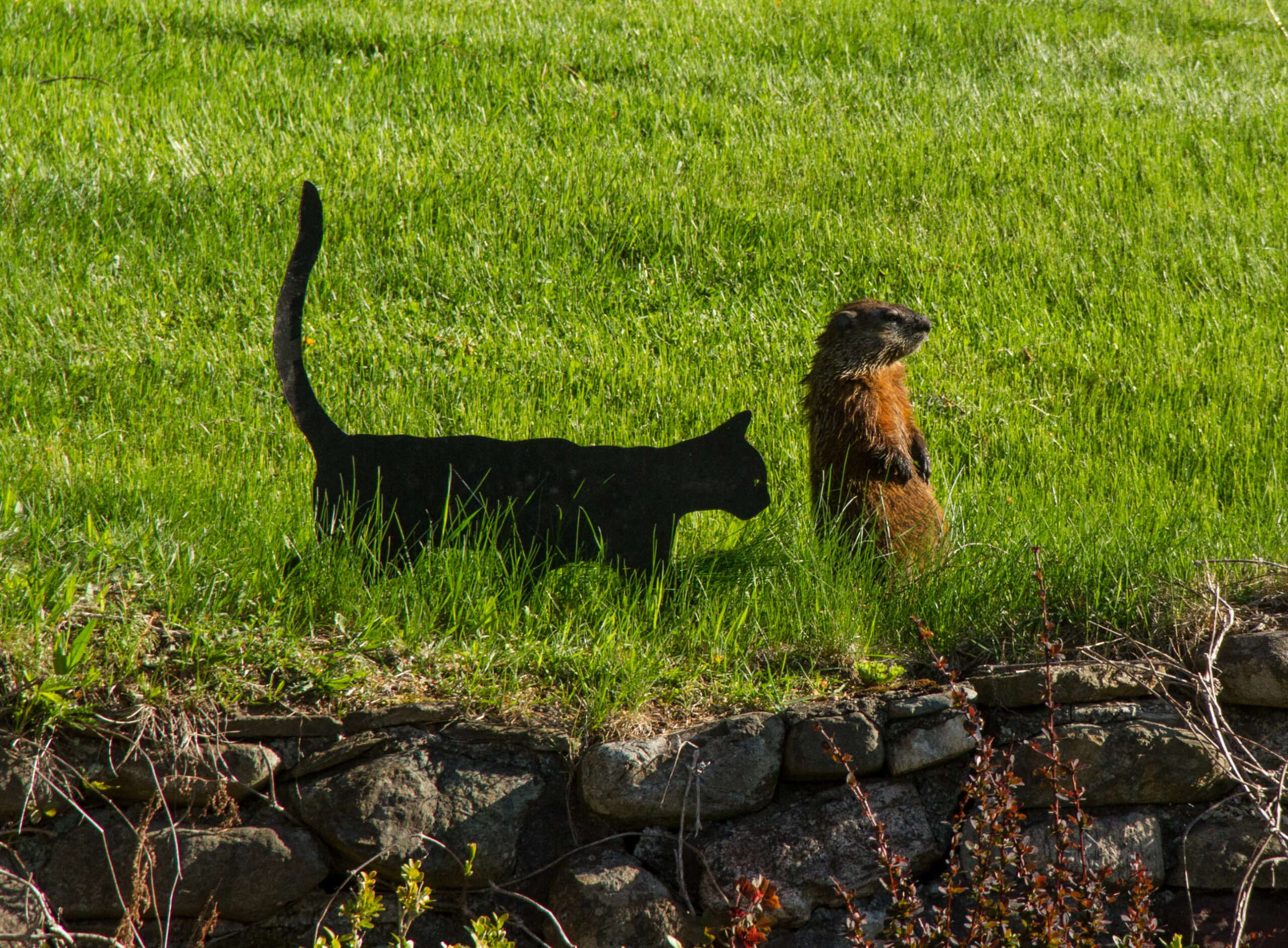 Last week I sent out a single photo as a Wednesday vignette. It showed a groundhog and a cat standing close together, absolutely still. 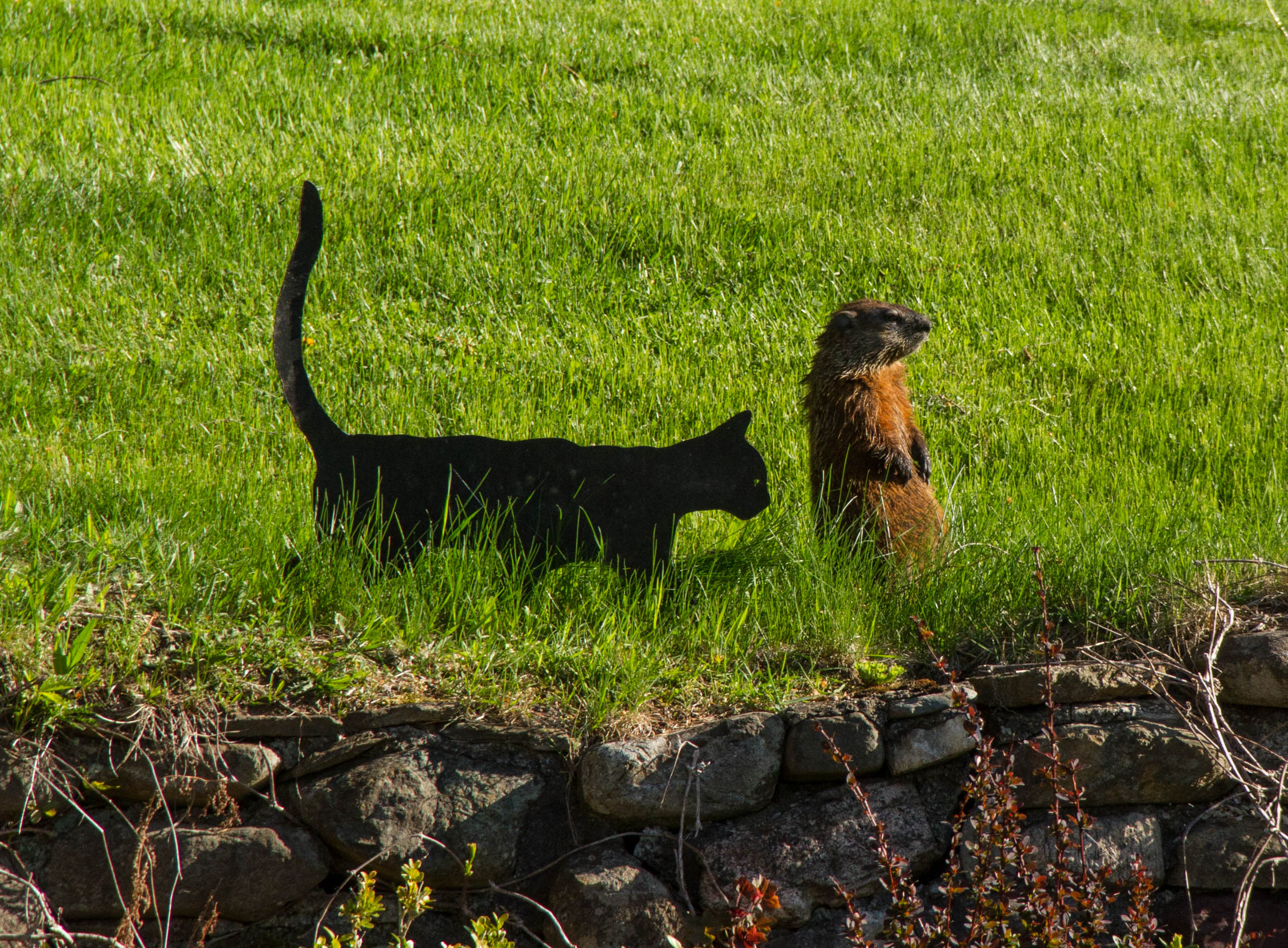 Lots of people responded to that photo, remarking on how close together the two animals were. But photos can be deceiving. Take a look at the photo below, for instance. Does it show a real deer or a painted silhouette? 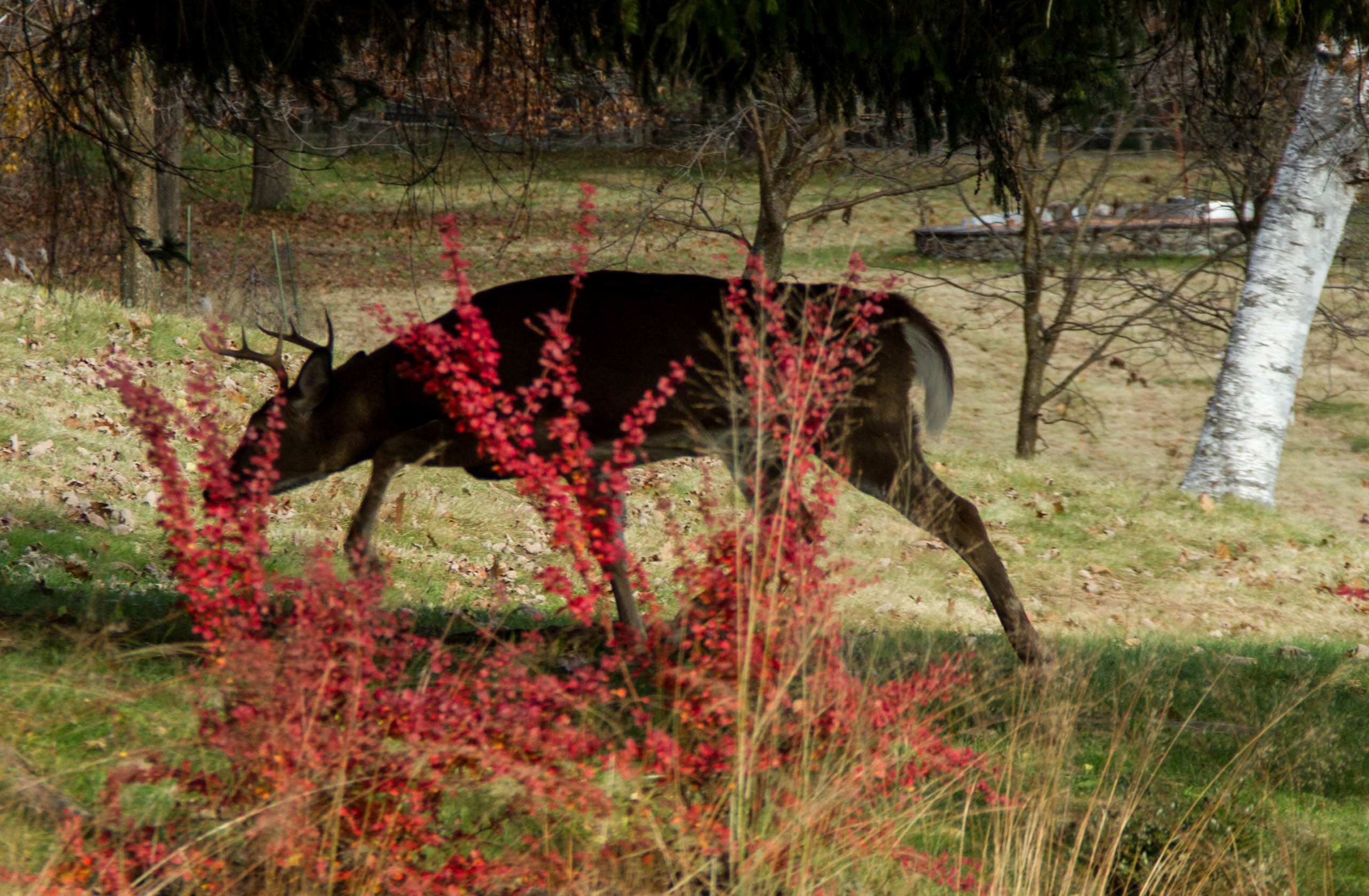 I did not manipulate the photo of the cat and groundhog and I’ve often spotted them together in that same part of the garden. Usually, though, they are much farther apart, as they are in the photo below. 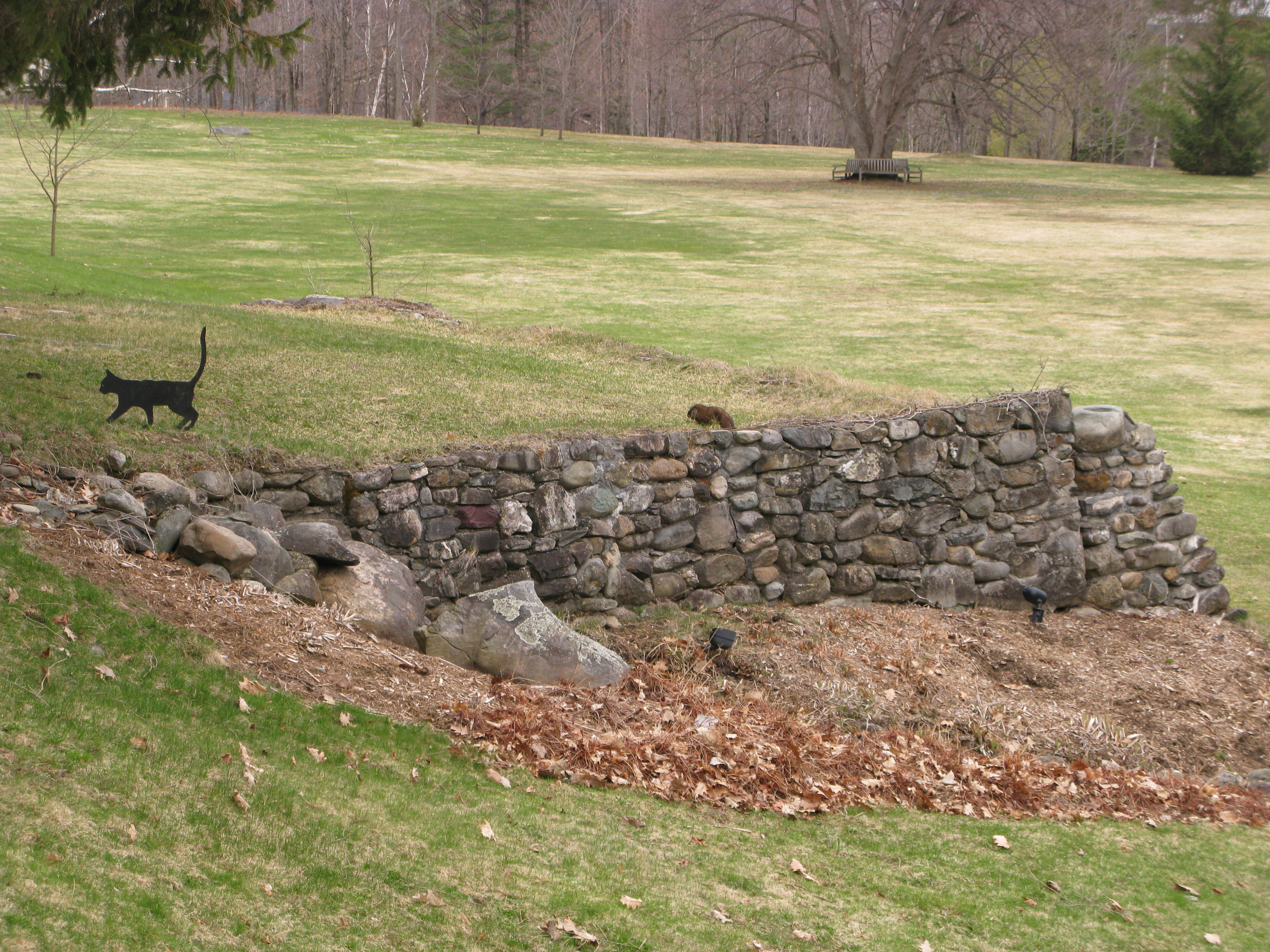 We never feed the cat, and although some would call her a wild cat, she’s really a homebody, never straying far from the same spot. I’ve photographed her many times over the years, sometimes walking downhill… 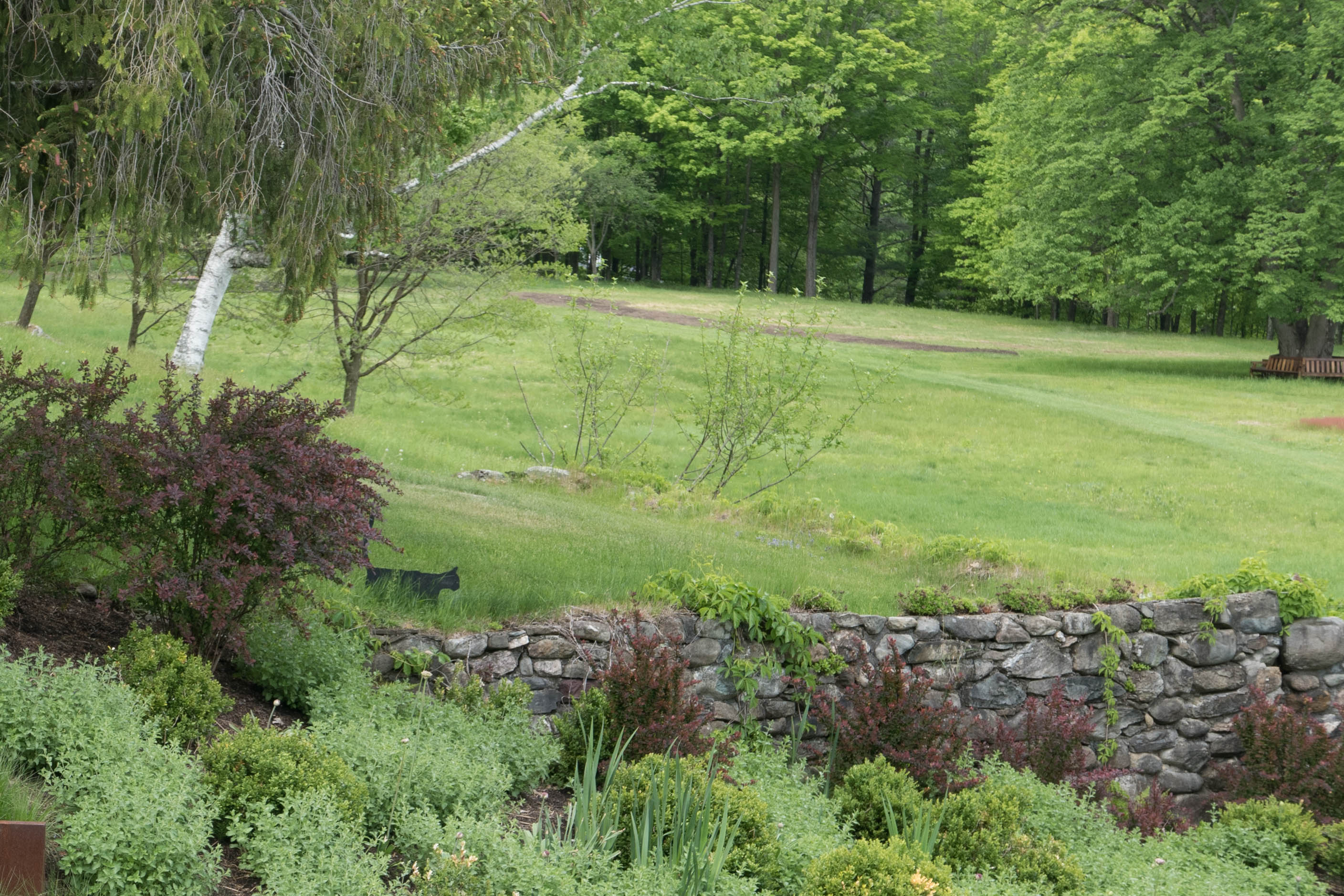 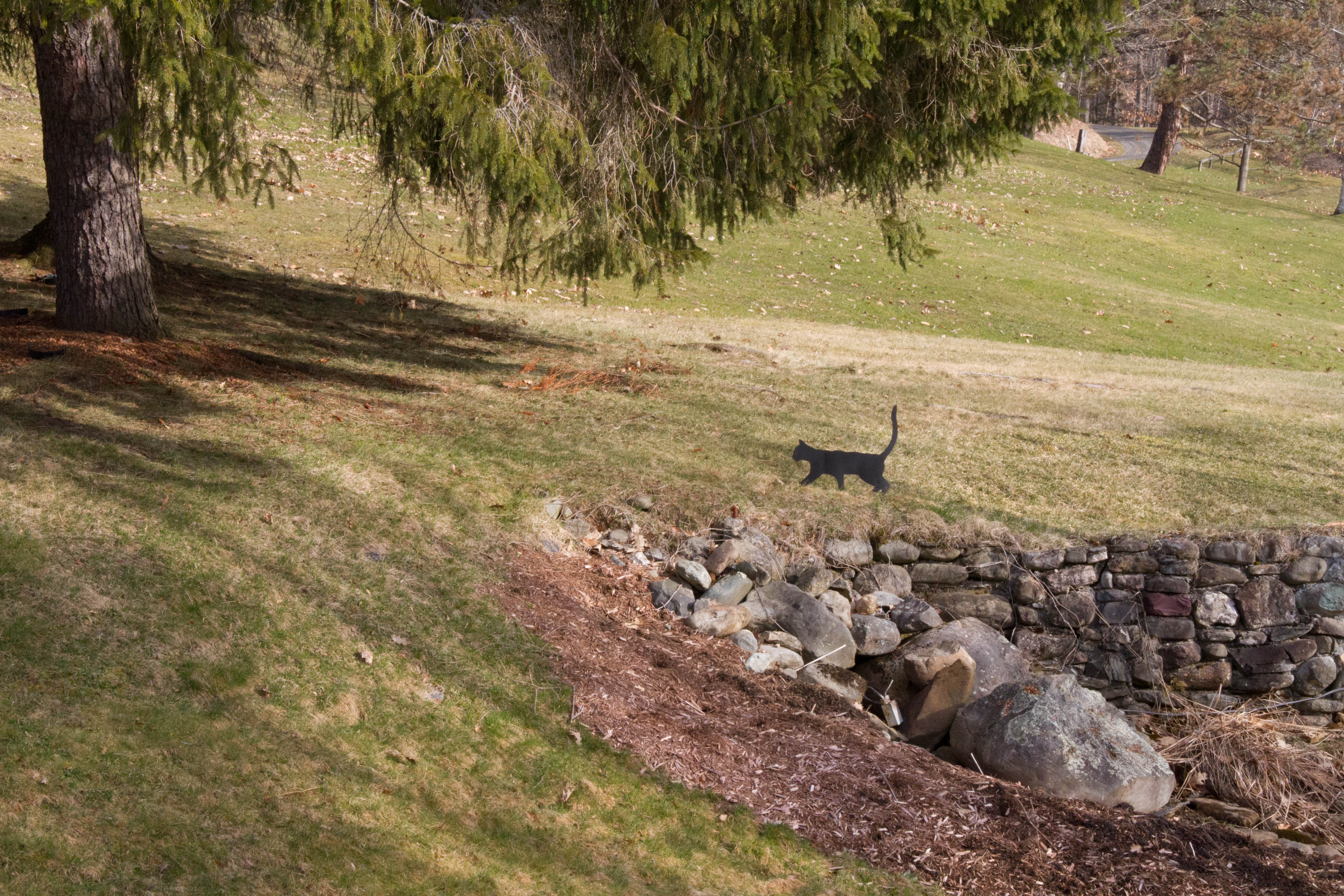 Most often she is on her own but sometimes she’s with a friend. 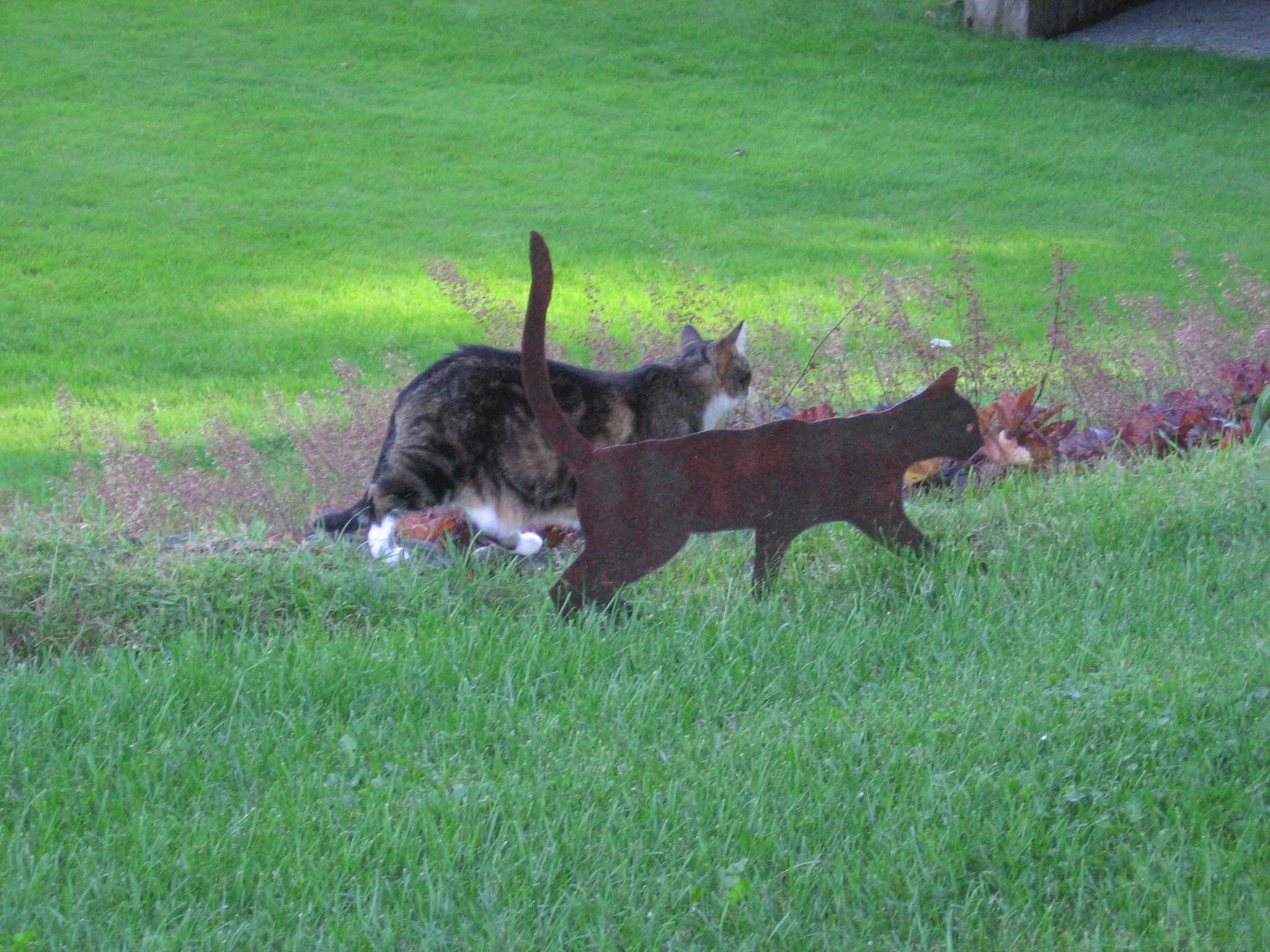 Like most cats she never hurries but strides along at a medium pace, her tail erect. She’s with us all year round, a welcome presence throughout the seasons. Winter can be tough for her. Sometimes she almost gets stuck in snowdrifts. 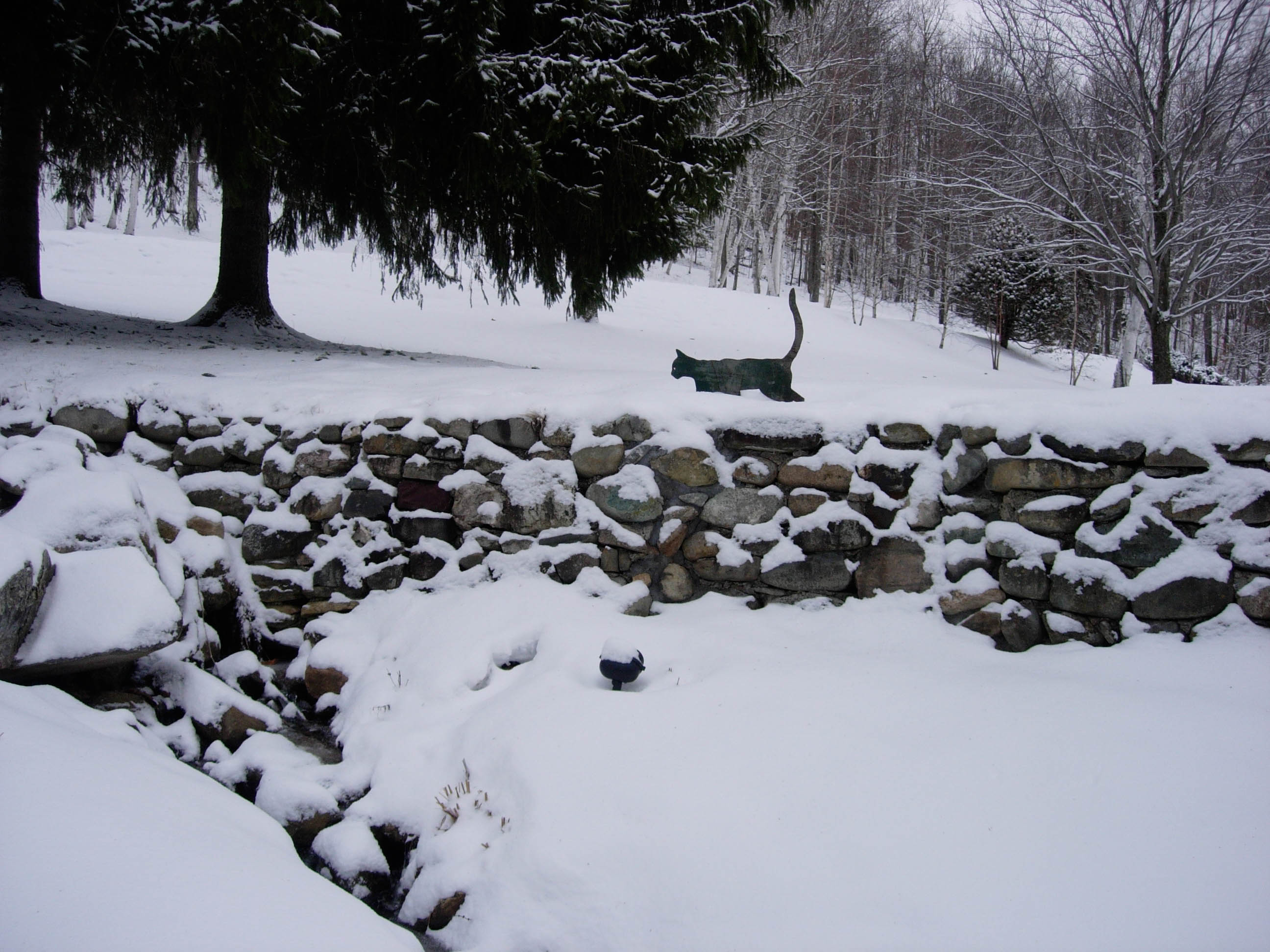 As for the groundhog, while he doesn’t travel far from home, he is much more active than the cat, only pausing for a close-up when he feels like it, and at times looking quite fierce. 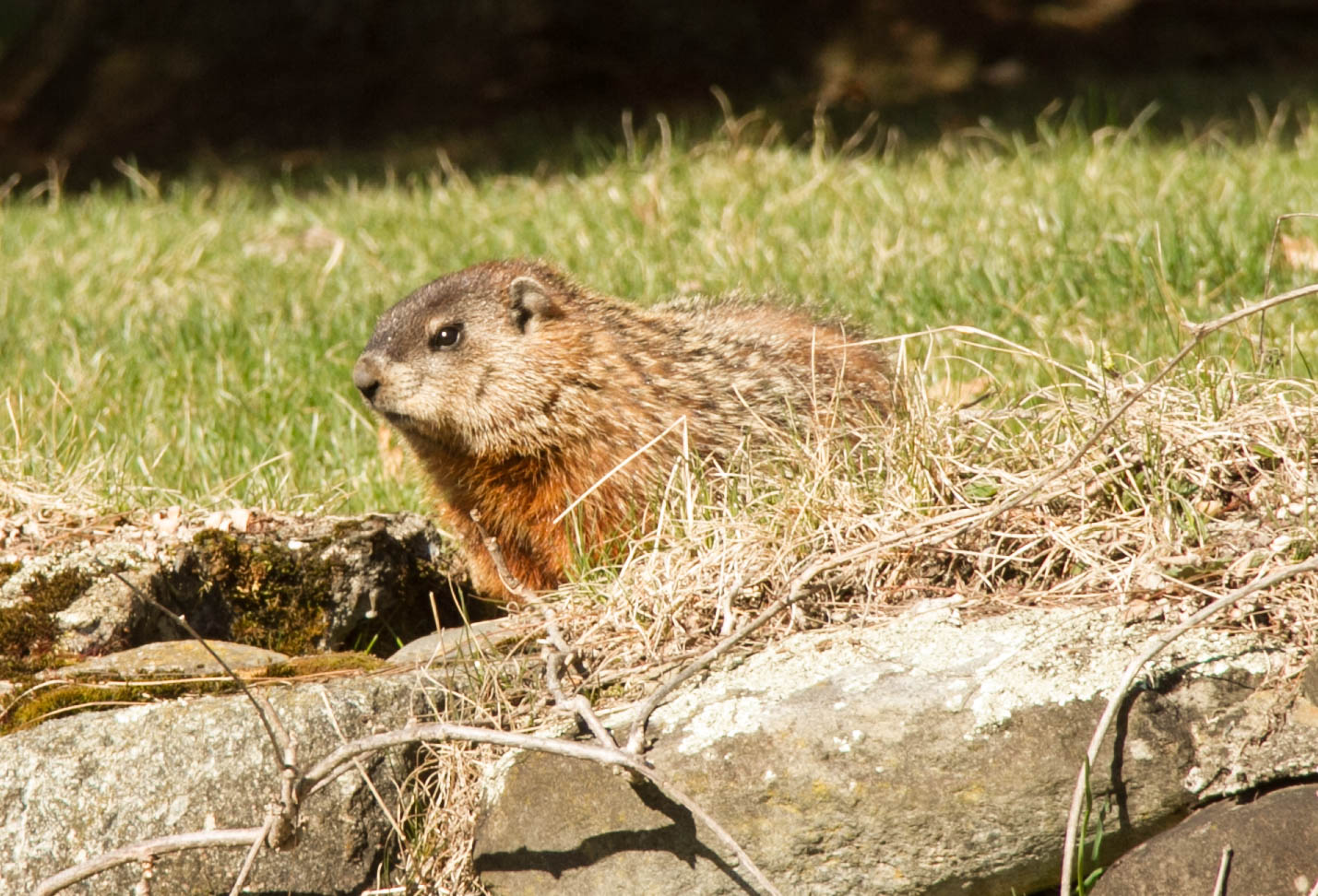 The cat and groundhog aren’t the only animals I’ve seen recently at Glen Villa. There was the grouse I flushed when out on the trails. 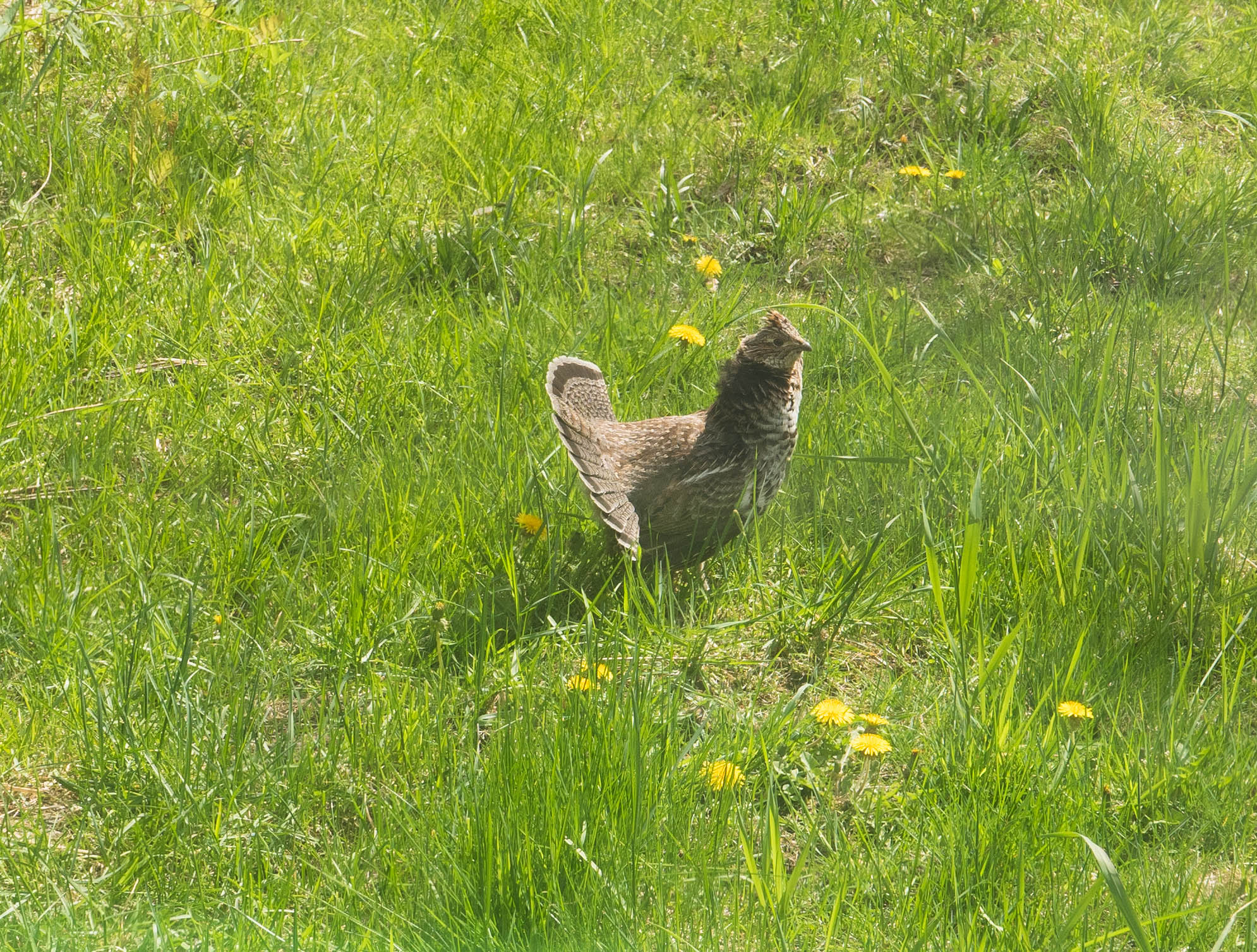 There was the baby fawn I spotted yesterday in the Lower Garden. 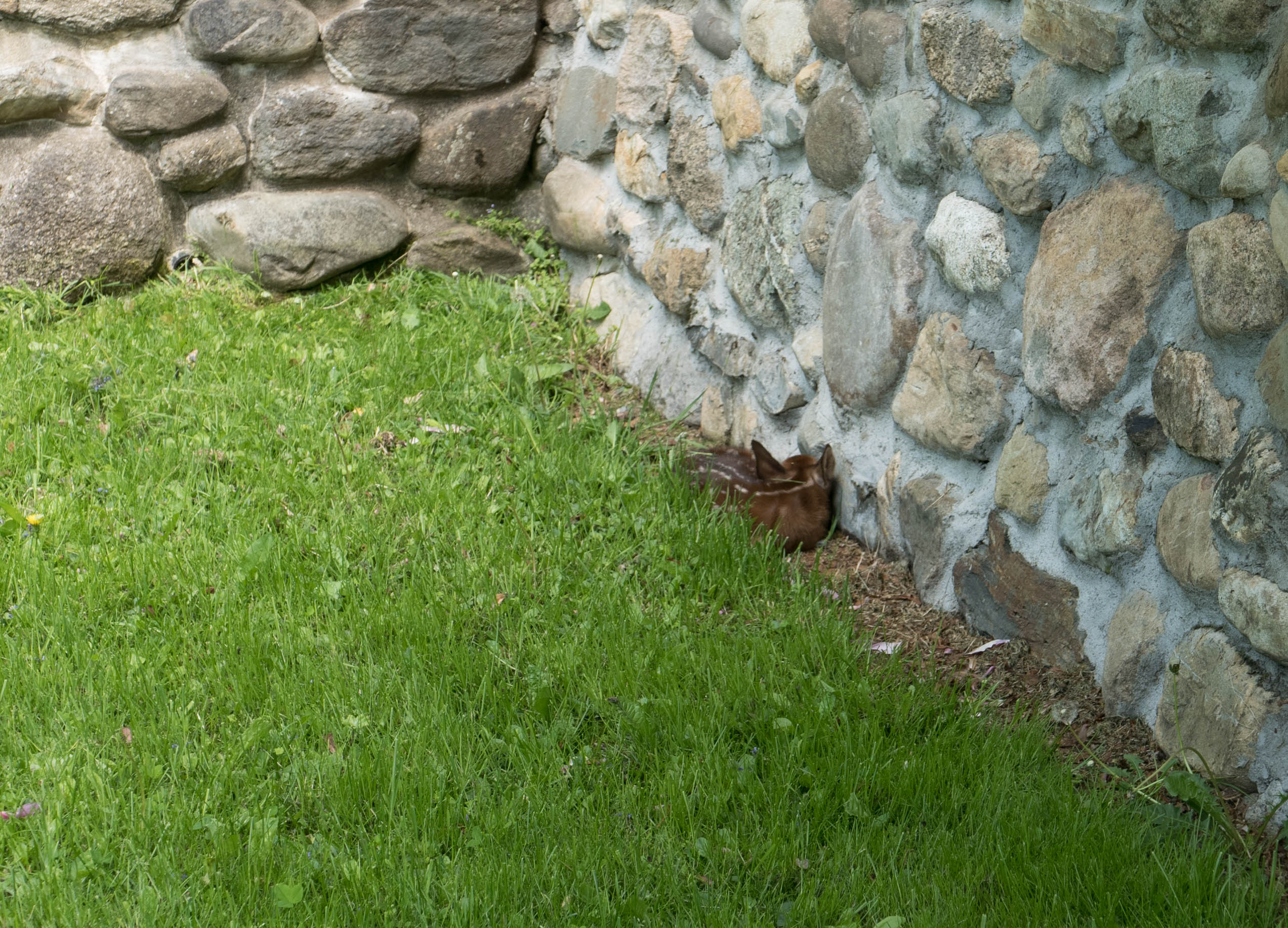 I think the baby was born only a short time before. Certainly he or she didn’t move when I approached, just opened one eye a bit, then went back to sleep. 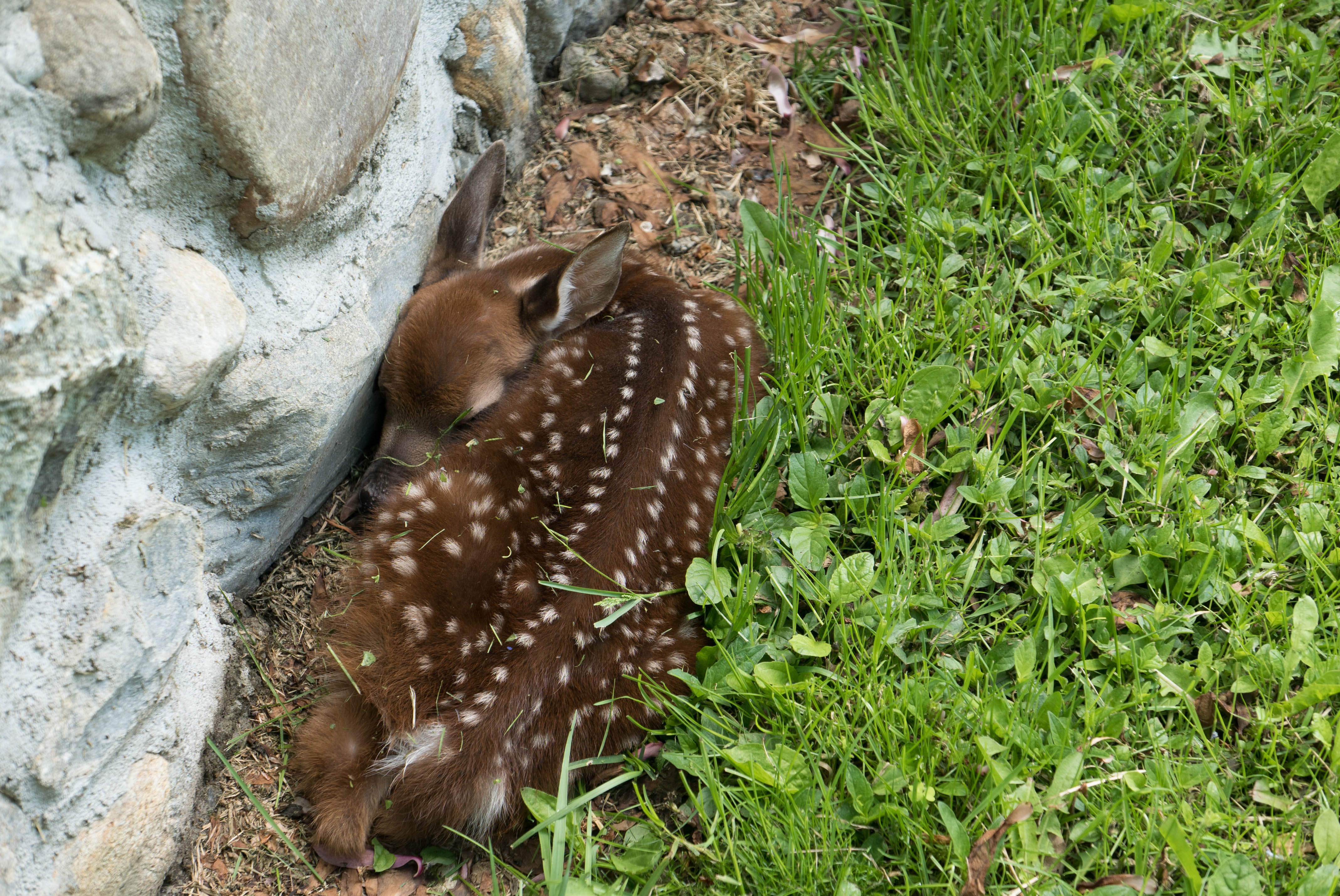 And there is the crocodile (or alligator?) that I call Stumpy. He photographs well from every angle and never moves an inch.