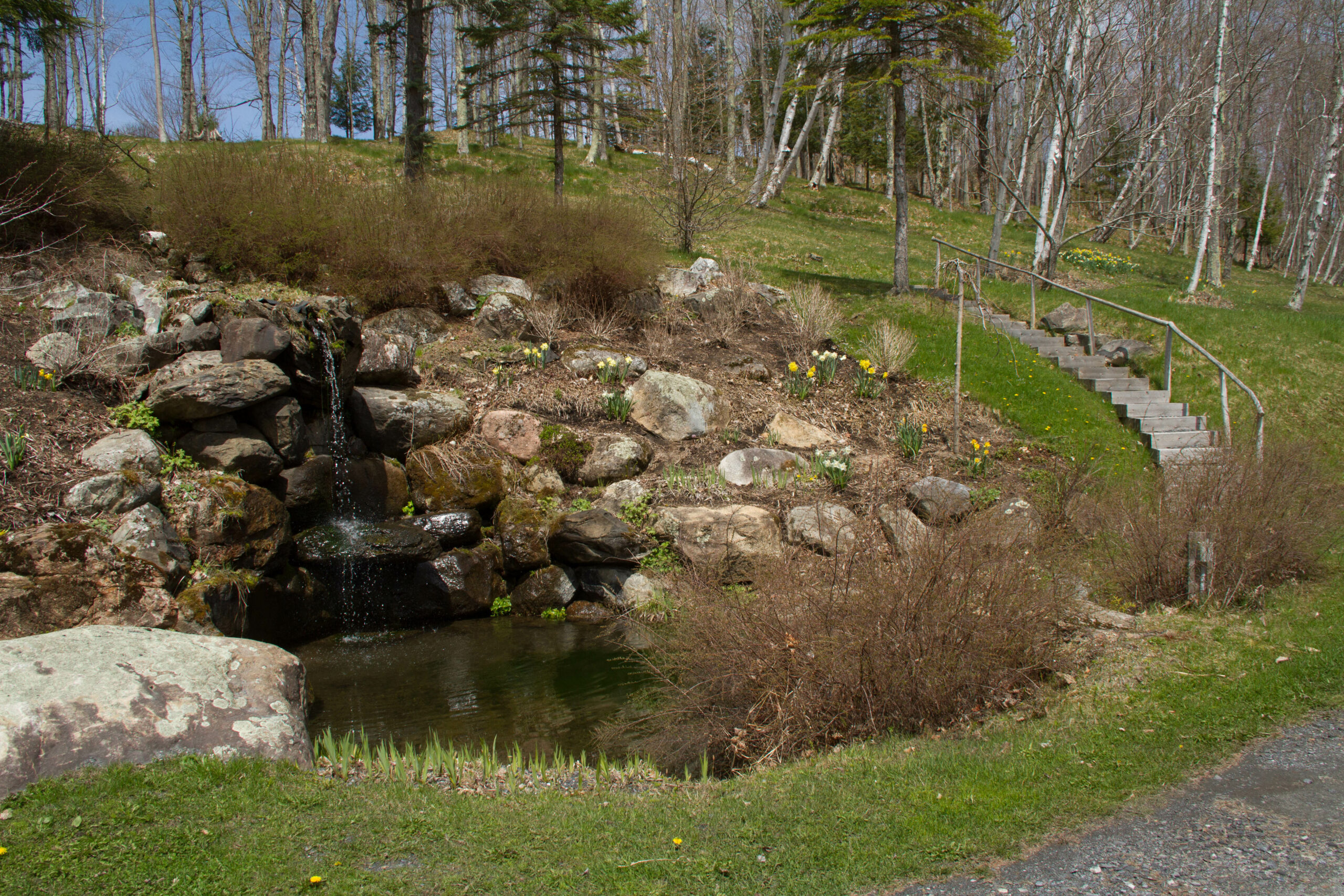 A sudden burst of hot weather brought out shorts, t-shirts and leaves on the trees. It was only two weeks ago, on May 10, that the Cascade at Glen Villa was looking bare and boring. 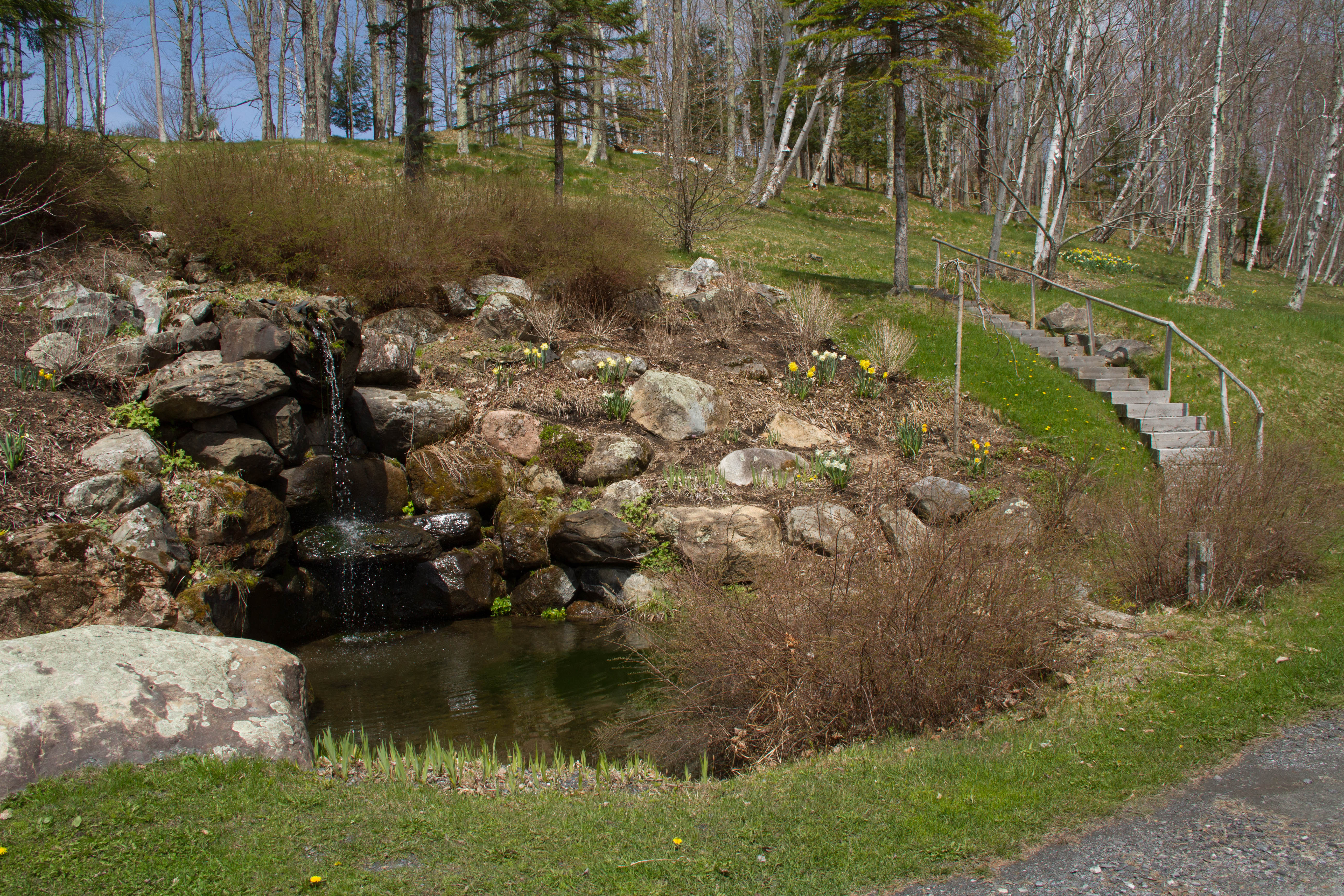 Will these bare branches ever bloom?

Less than two weeks later, boring had become a bouquet of blooms. 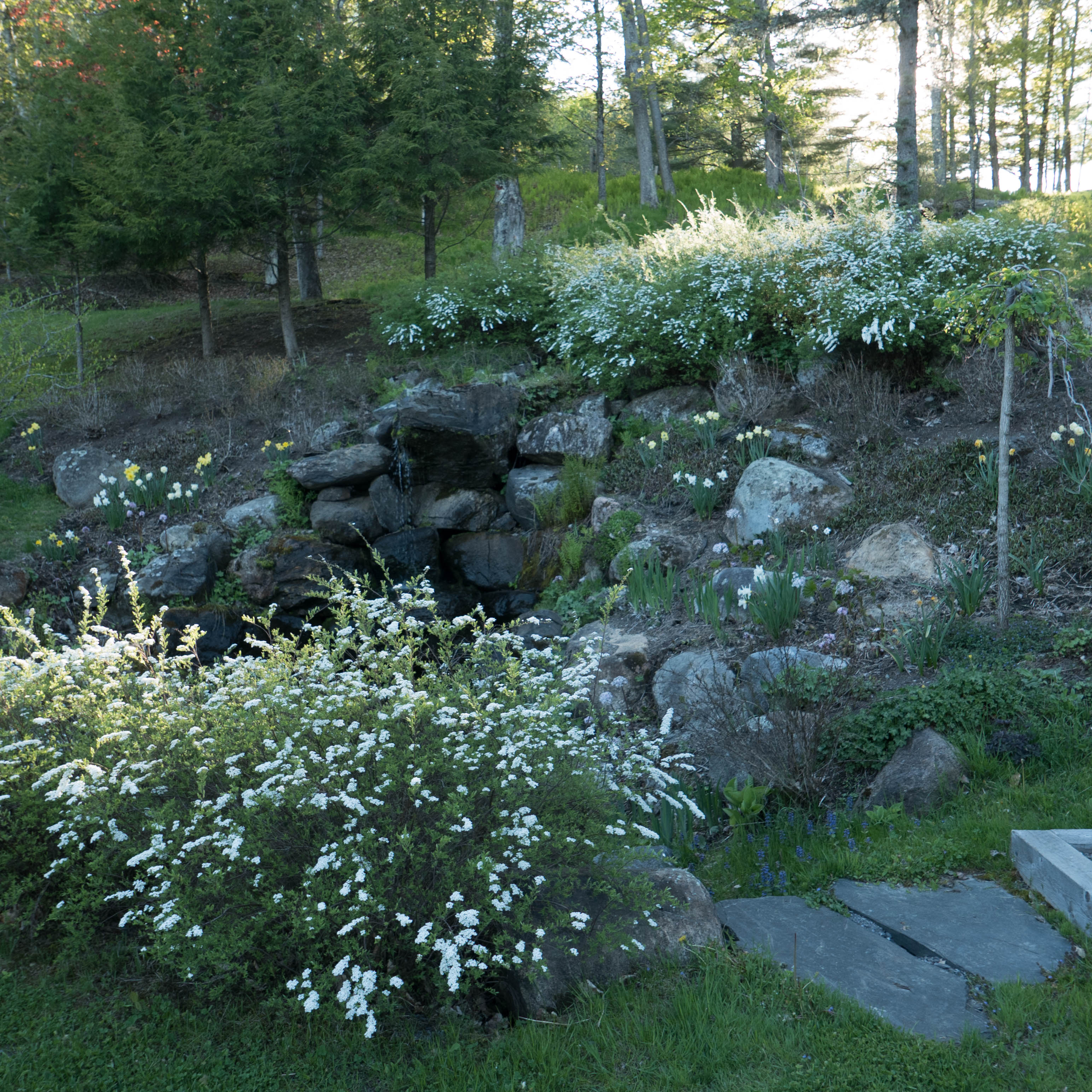 Yet three days after that, the blossoms were beginning to fade, all thanks to extremely high temperatures. 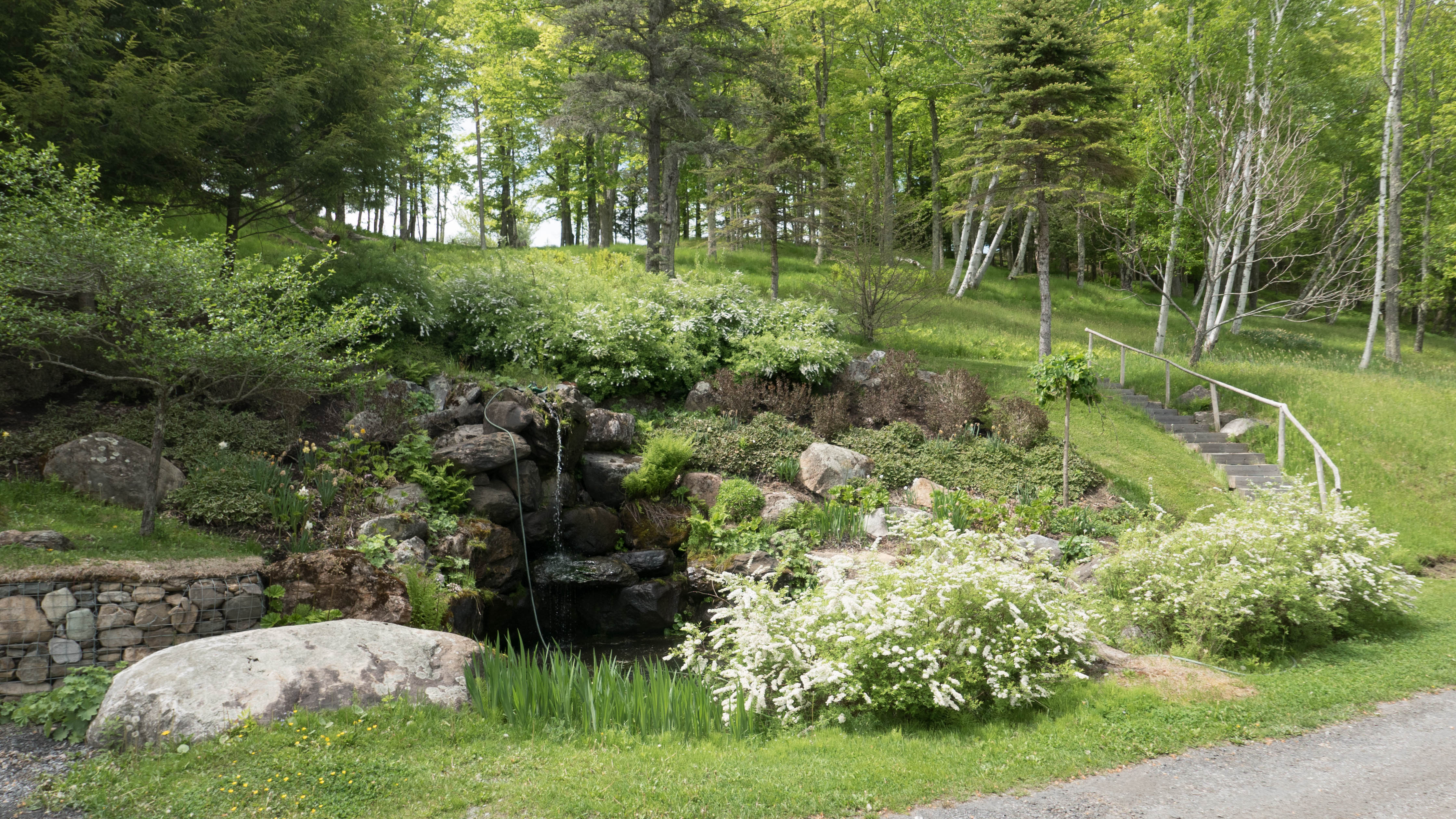 At its best, the Cascade is a frothy waterfall of spirea.

The star magnolias in the Lower Garden were in full bloom last week, 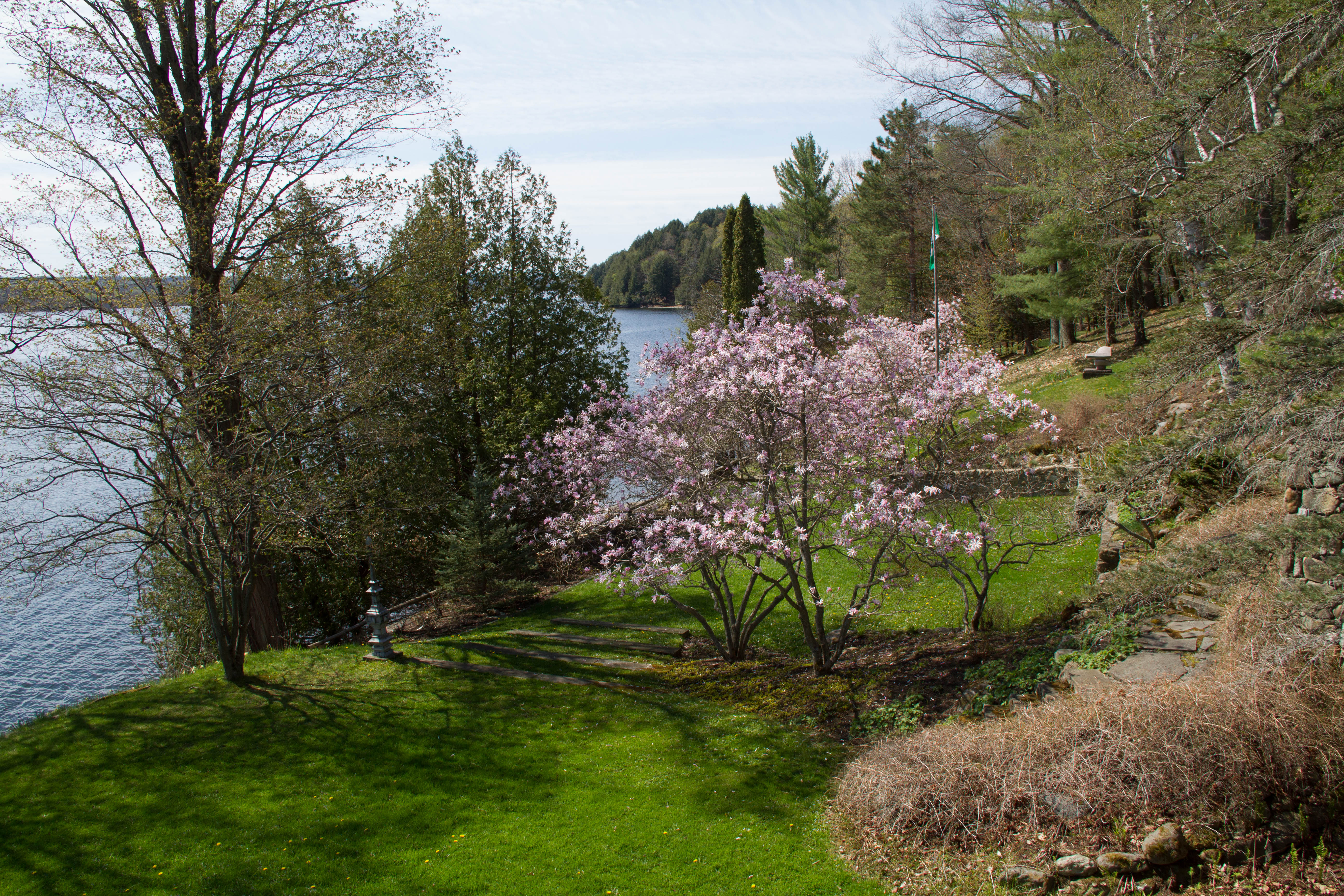 Up close, the blossoms were stunning. 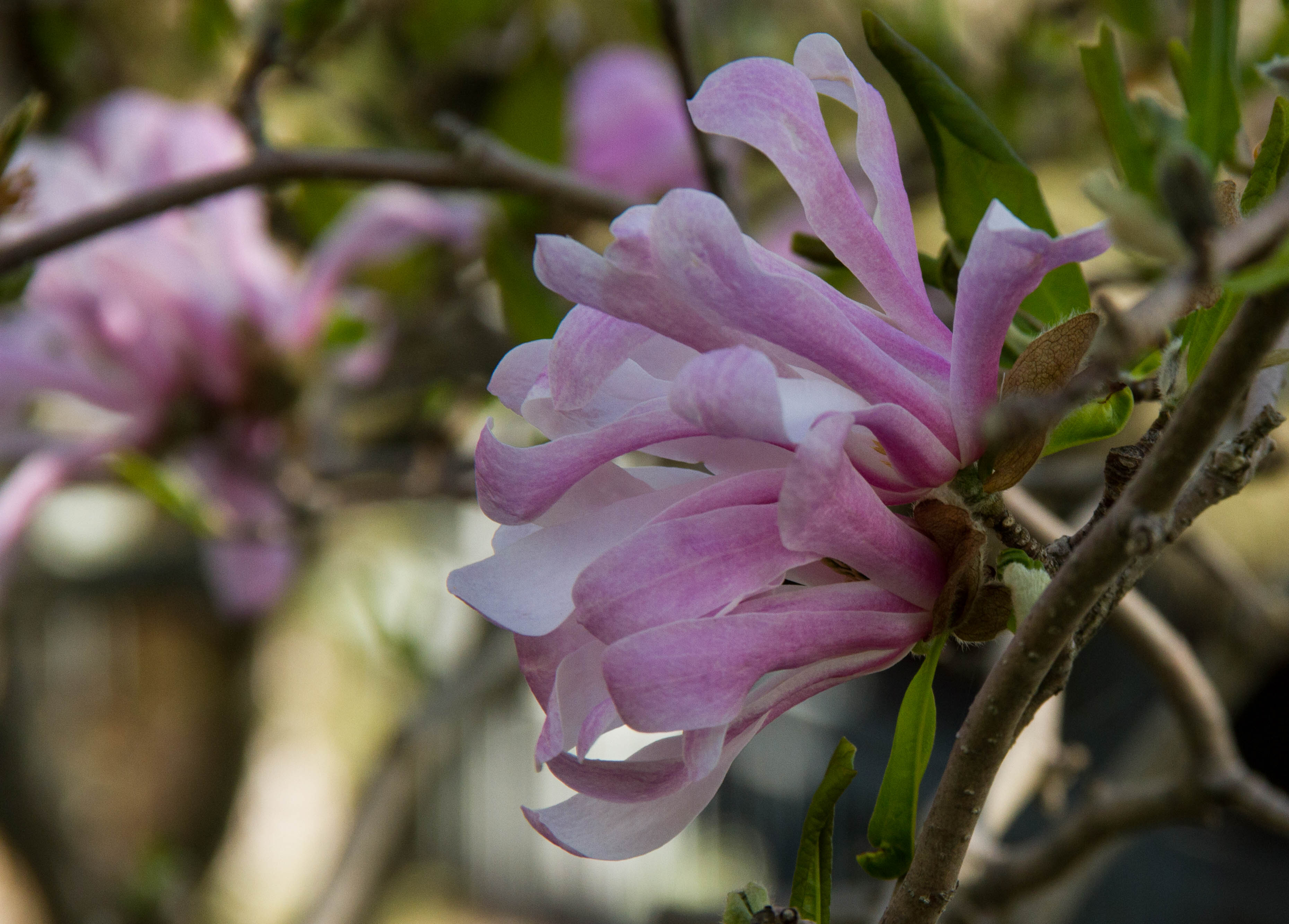 This is Magnolia stellata ‘Susan.’ 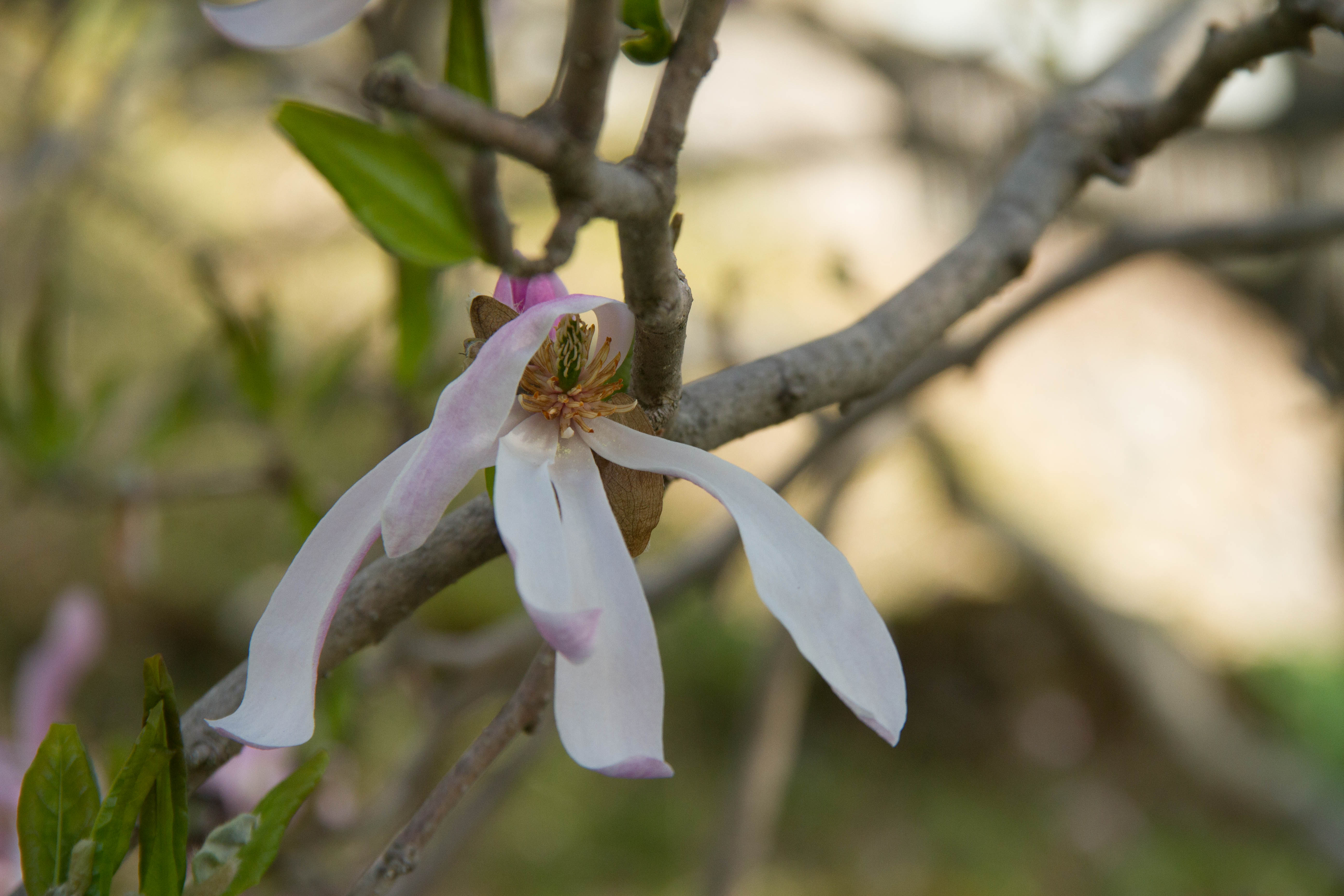 And now, the grass that suddenly turned green is spotted with pink. 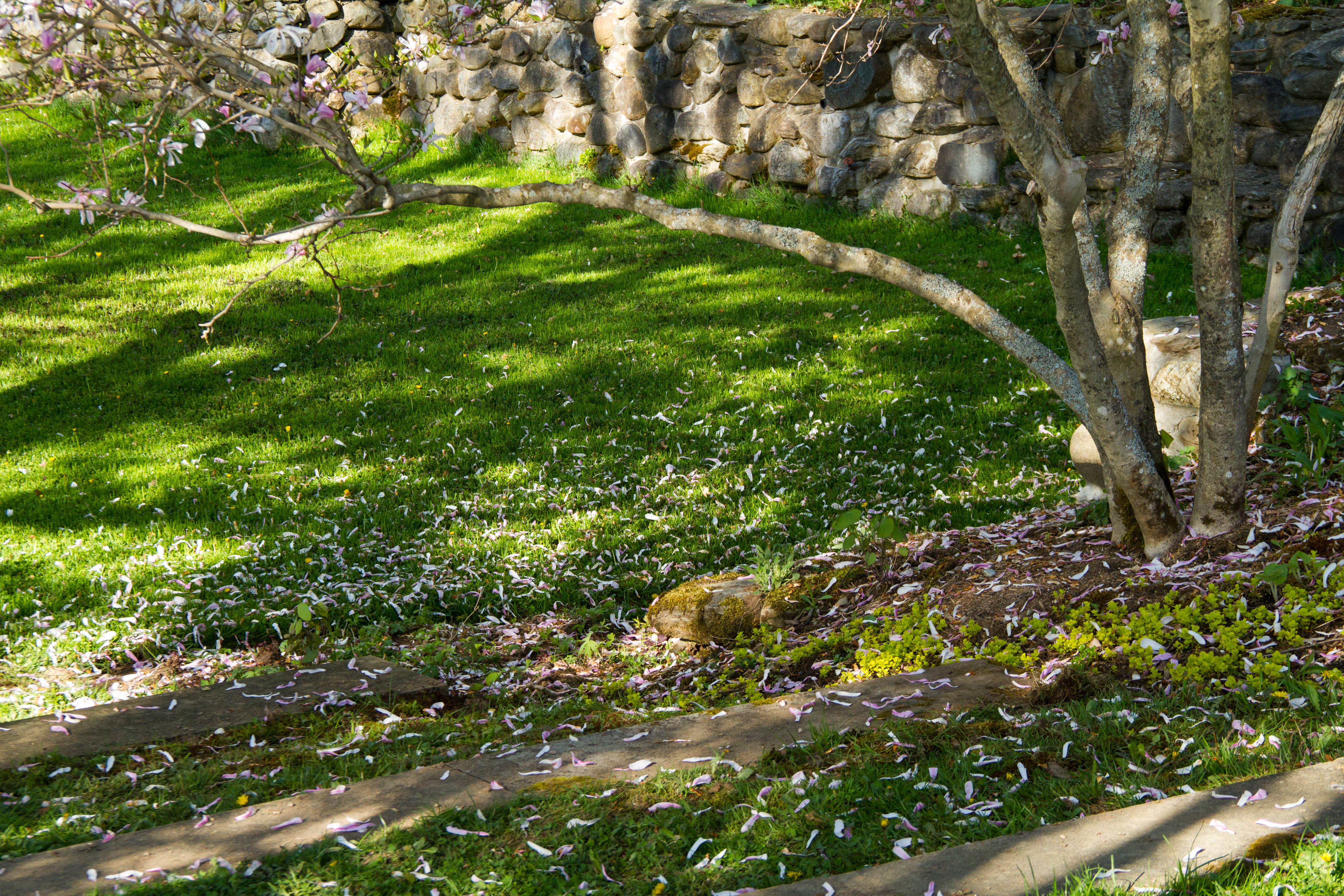 Susan is only one of two types of magnolias that bloom in the Lower Garden. Magnolia x loebneri ‘Leonard Messel’ is a later variety, with dark outer petals that fade on the inside to baby pink. 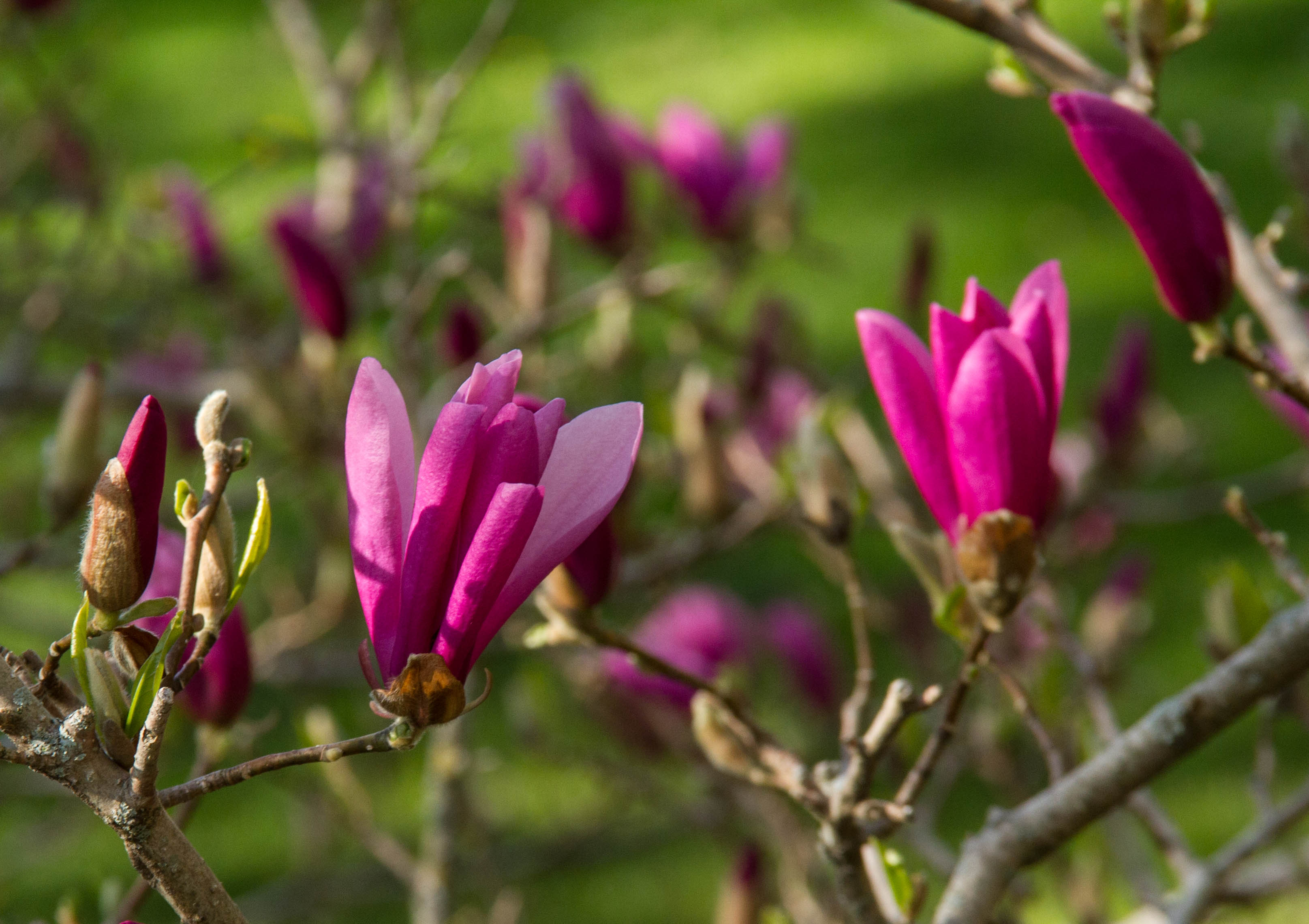 A few days ago it was coming into bloom. Now, it is going over fast. 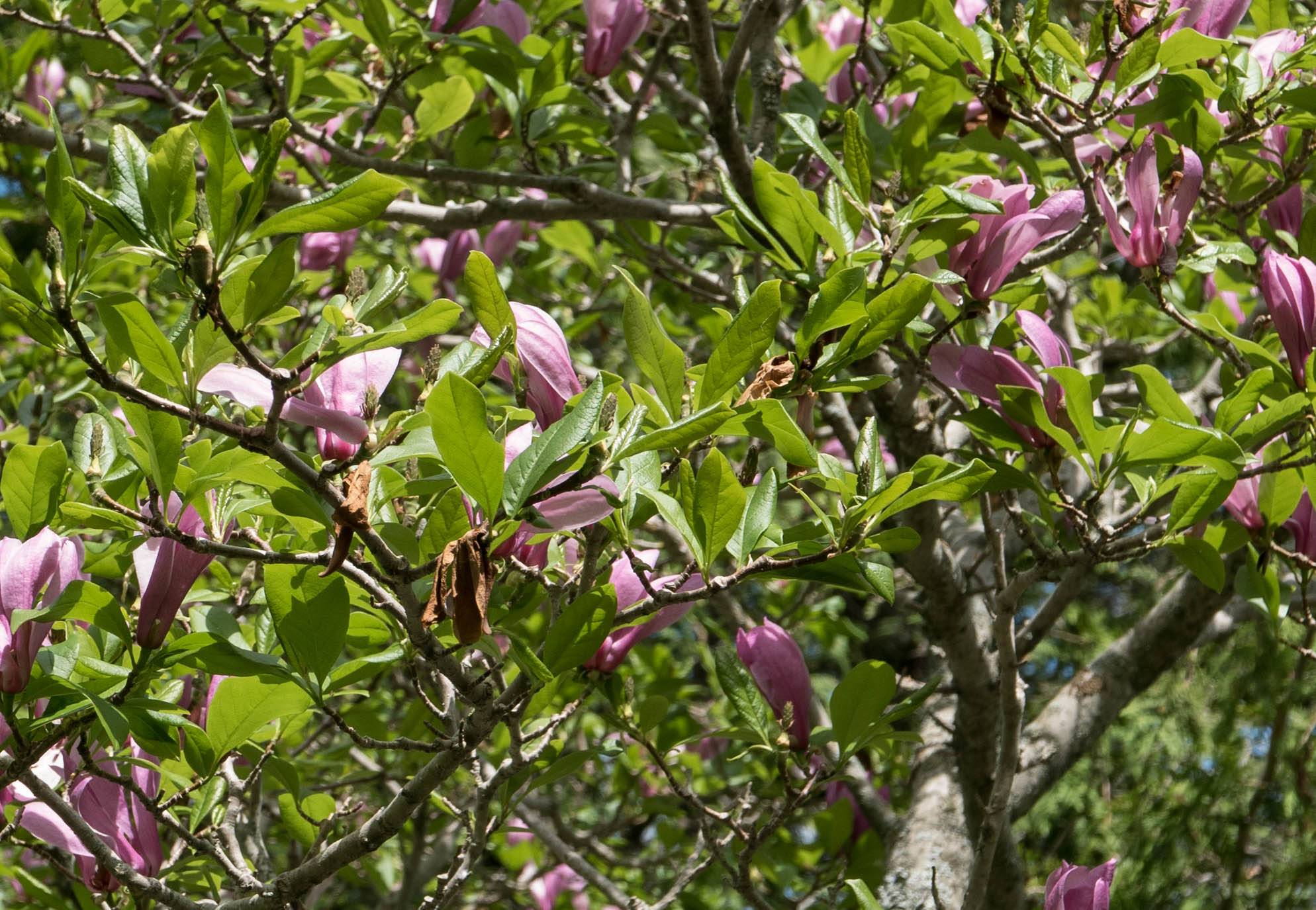 Even though today is much, much cooler, I doubt that ‘Leonard’ will bloom for long.

Daffodils at Glen Villa began blooming in mid-April. Those on the berm by the Skating Pond that was so gorgeous a month later … 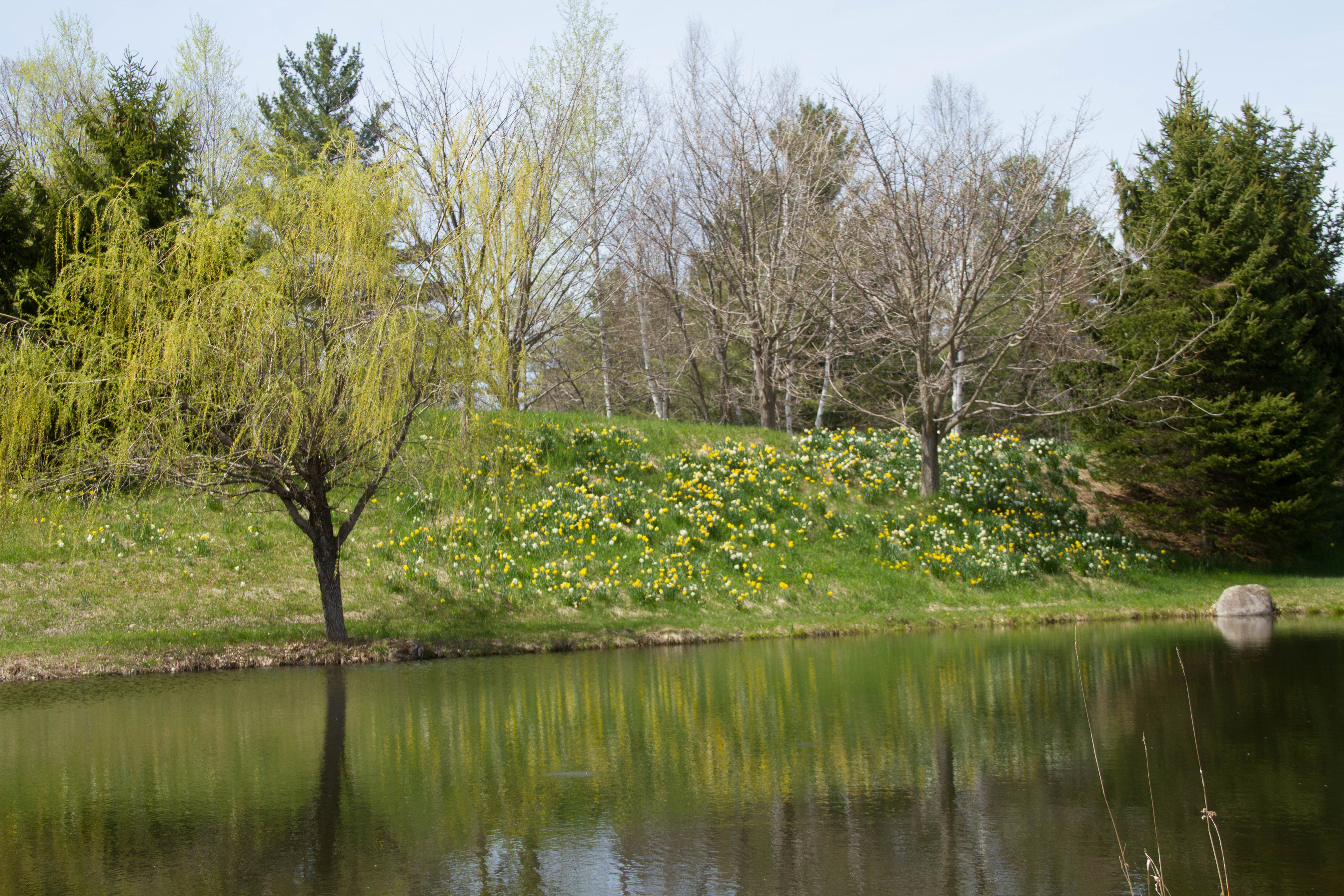 … are now crumpled remnants of themselves.

But to my delight, the late blooming narcissus (Narcissus poeticus) in a shady spot near the front door are still going strong. 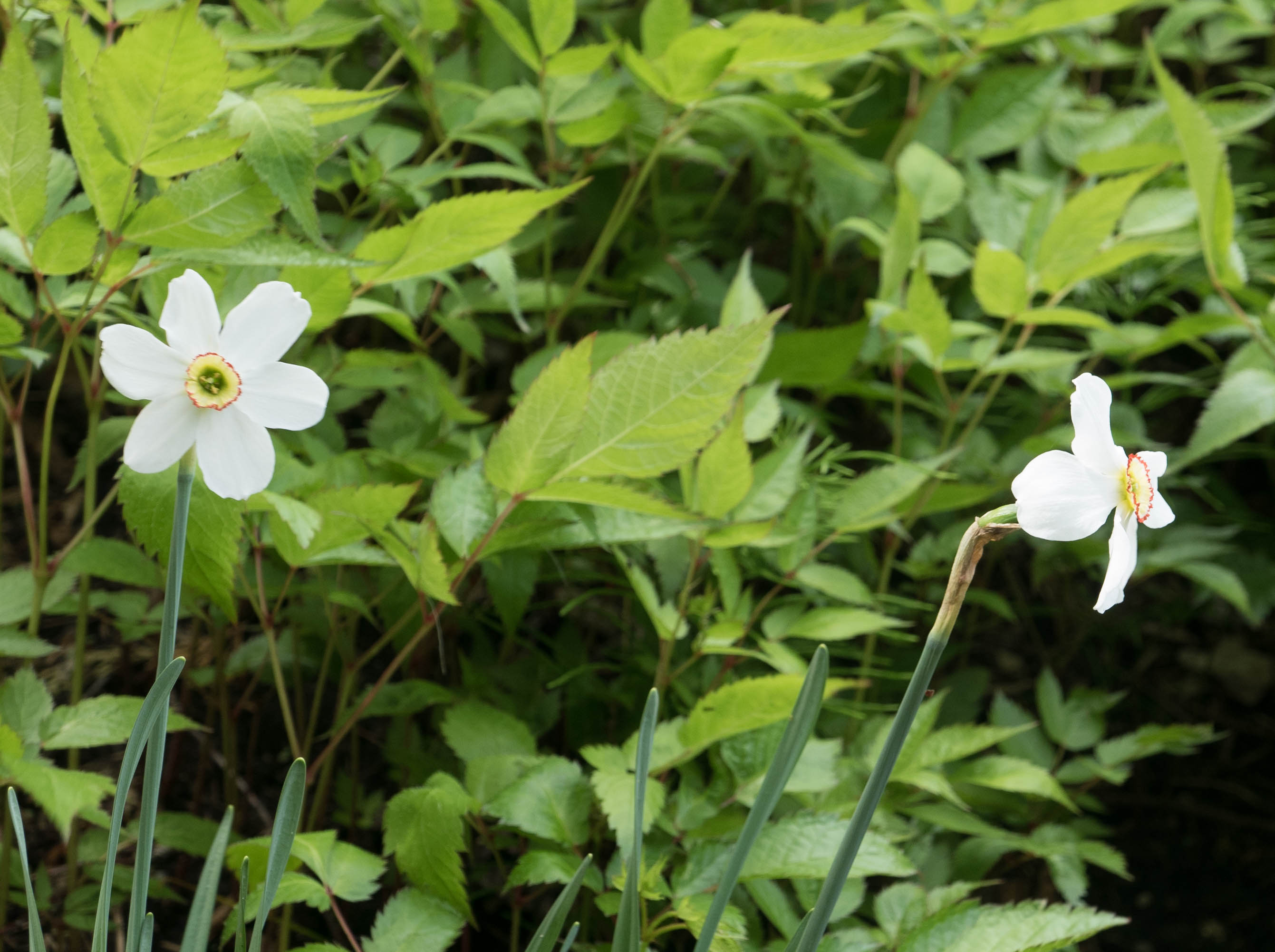 Pheasant’s eye narcissus, or the poet’s daffodil, is extremely fragrant. It is also more poisonous than most daffodils.

Hot weather also shortened the season for my favourite flower, Jeffersonia diphylla. Its blossoms are always short-lived, but this year, the flowers that appeared on day 1 …. 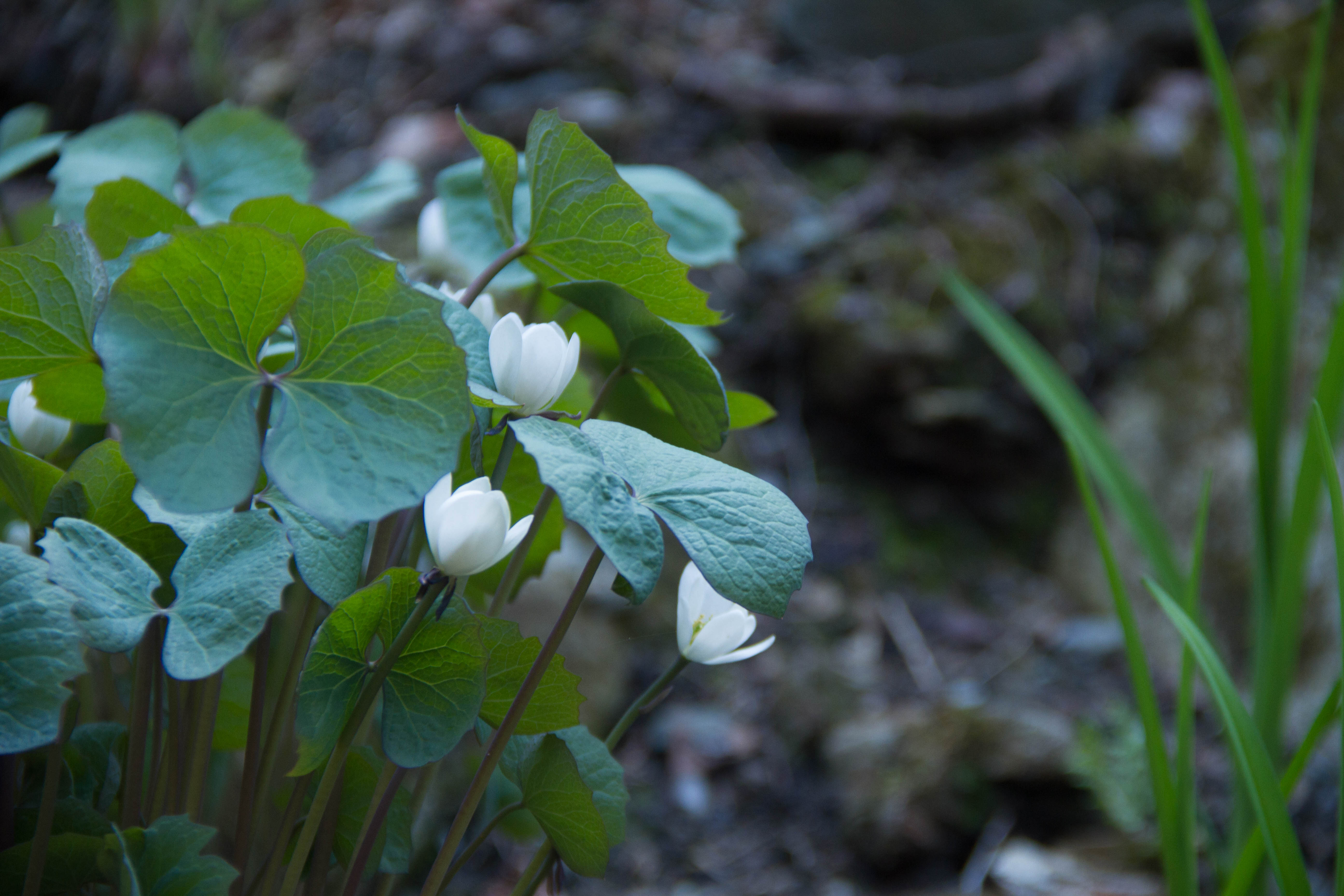 Jeffersonia bloomed on May 20. 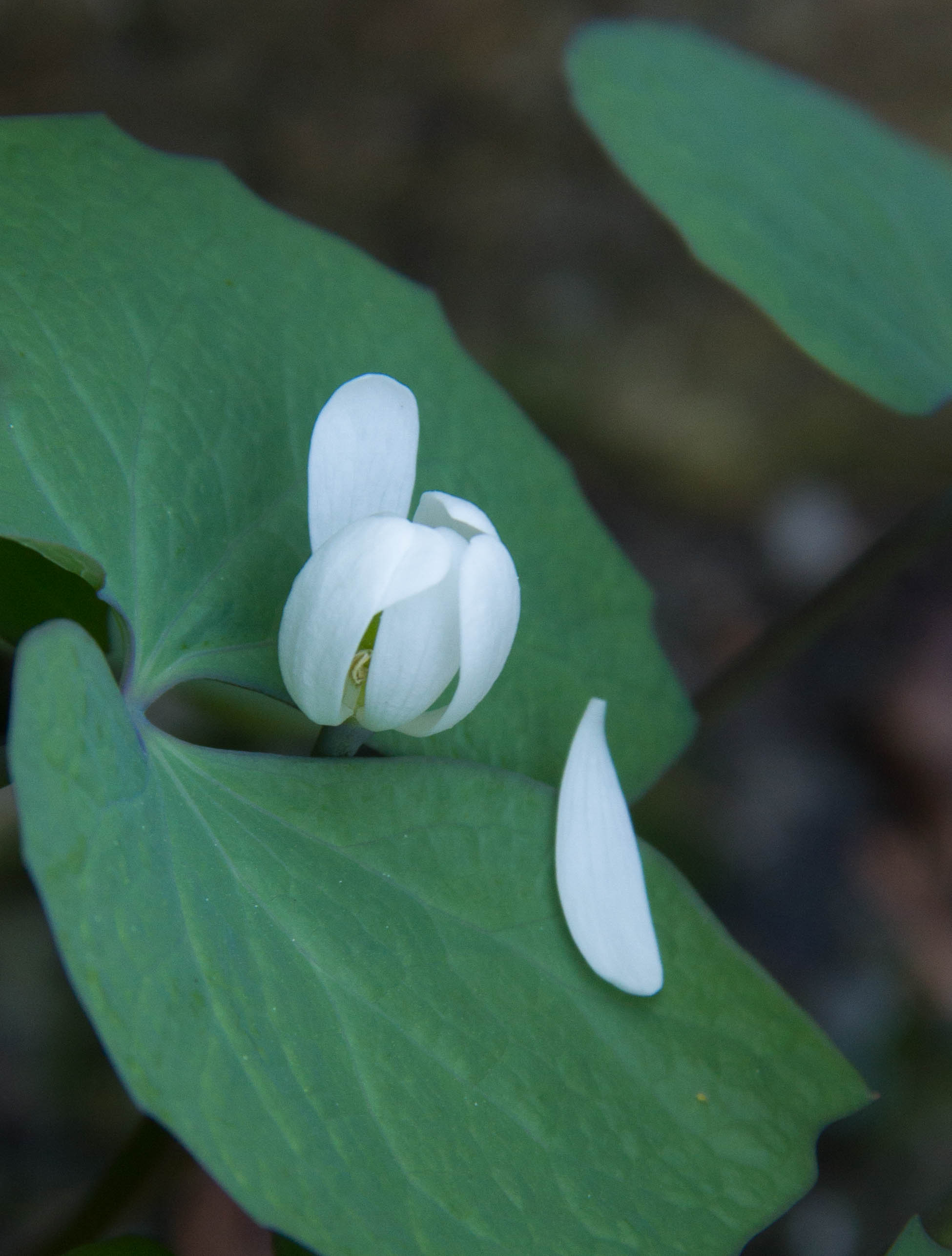 The flowers are gone now, leaving only the beautifully bisected leaves.

For weeks I’ve been looking forward to seeing La Grande Allée in full bloom. The buds were promising. 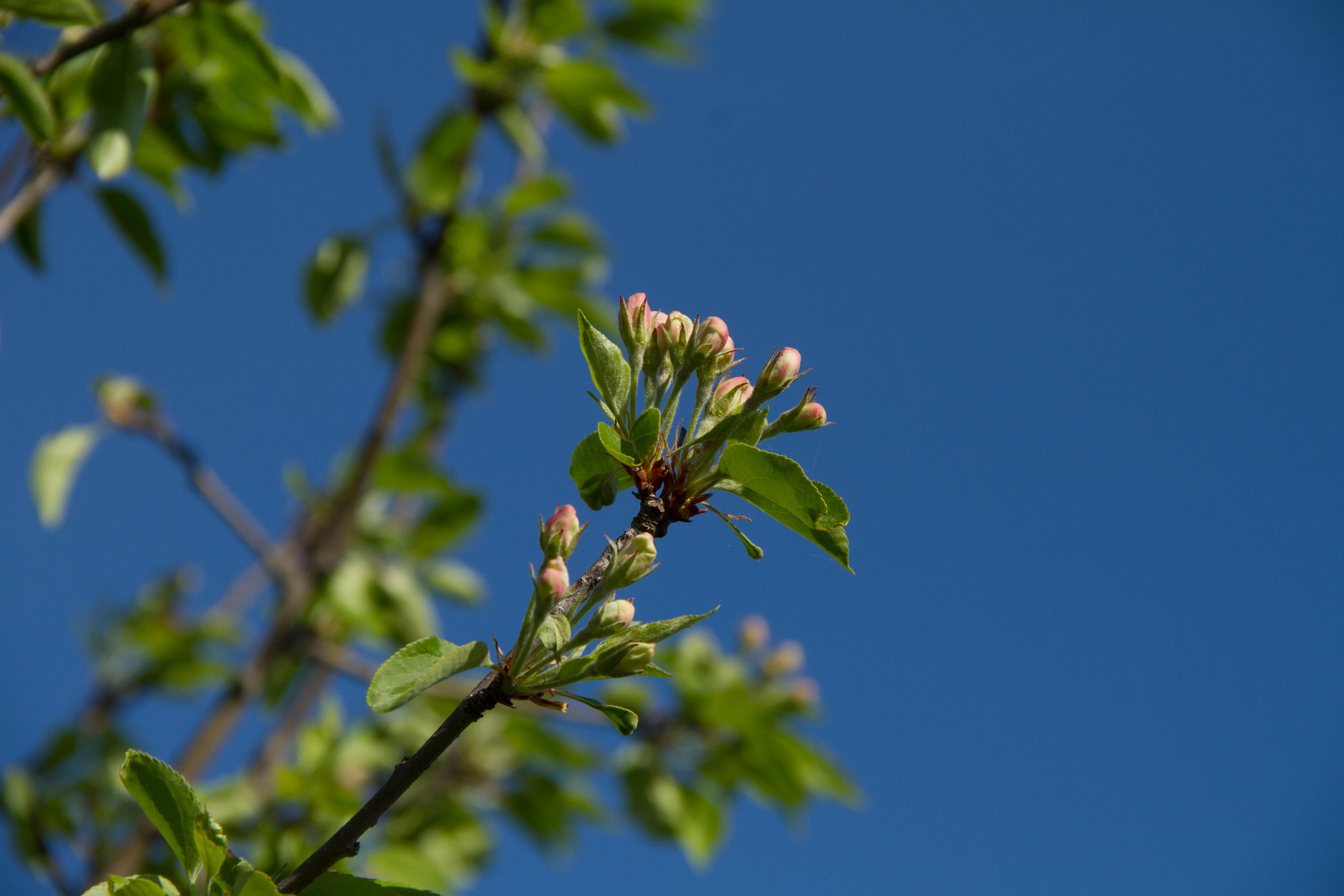 The buds of Malus ‘Dolgo’ are tinged with pink.

But I could tell that something wasn’t quite right. Individual trees varied considerably. Some looked vigorous, others were thinly leafed. 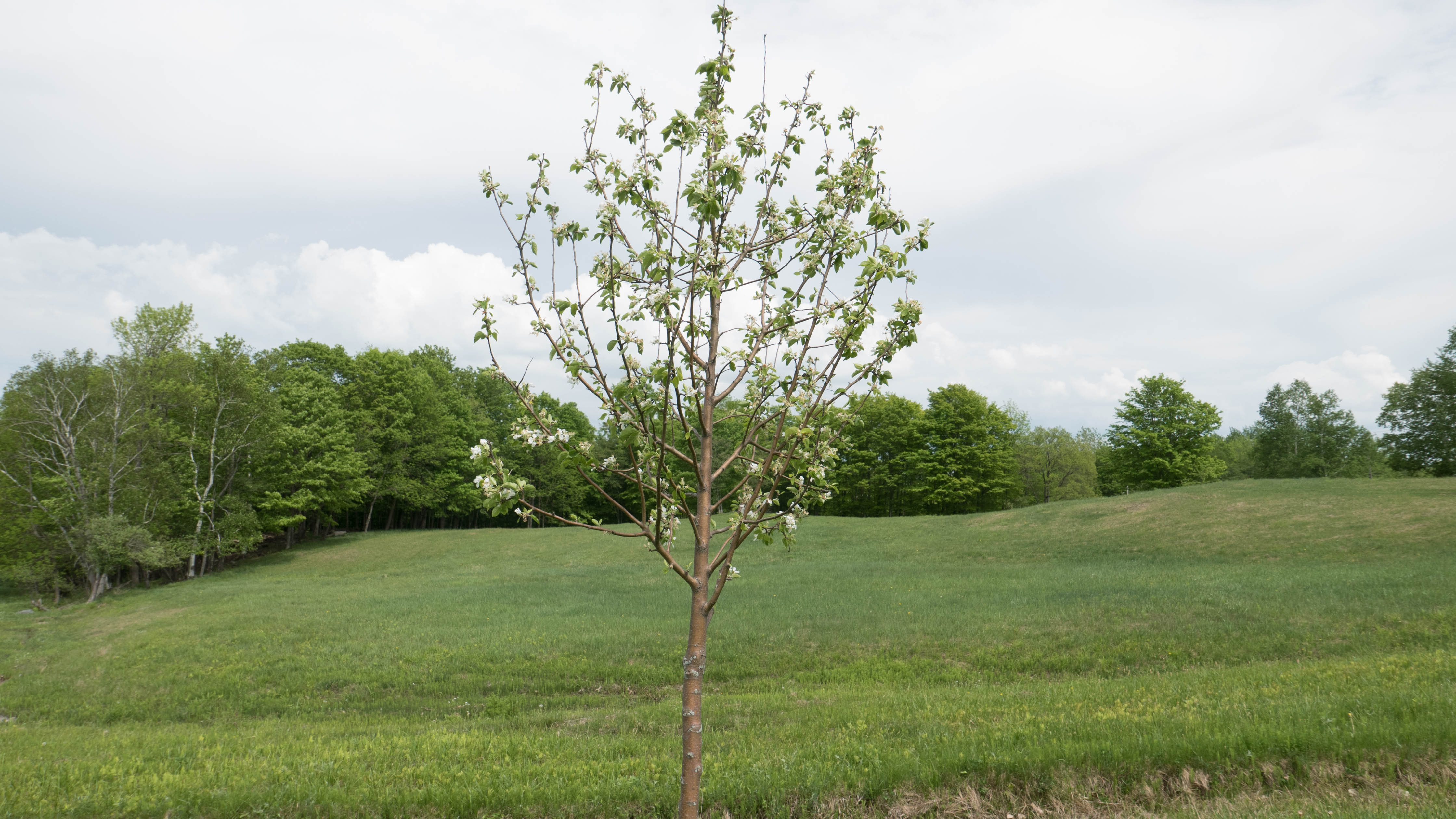 Those branches should be lushly, not thinly leafed.

Not the best year, by far. But I’m always optimistic.. Next year will be better.

Last night it rained hard, the first rain we’ve had in weeks. This morning the air is clear and cool and the more plants in the garden are bursting into bloom. The primula I planted several years ago are blooming well, their deep red blossoms providing a sharp contrast to the white blossoms of sweet woodruff (Gallium odoratum). 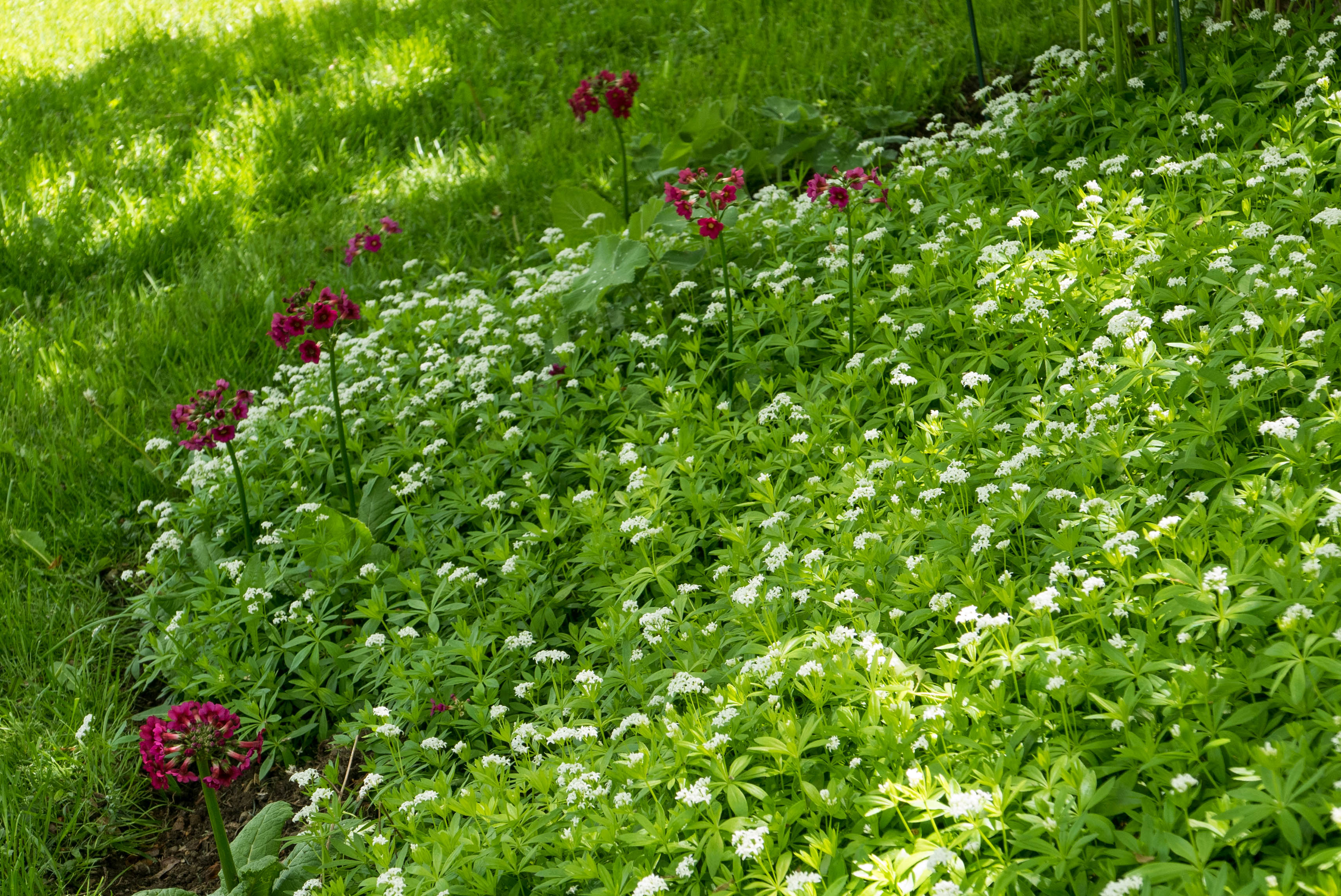 Candelabra primula ‘Miller’s Crimson’ stand out against the green and white gallium.

Probably the sweet woodruff will spread too far but for now, I am pleased with its abundance.

What’s blooming in your garden that is giving you joy?