A Path to The Egg 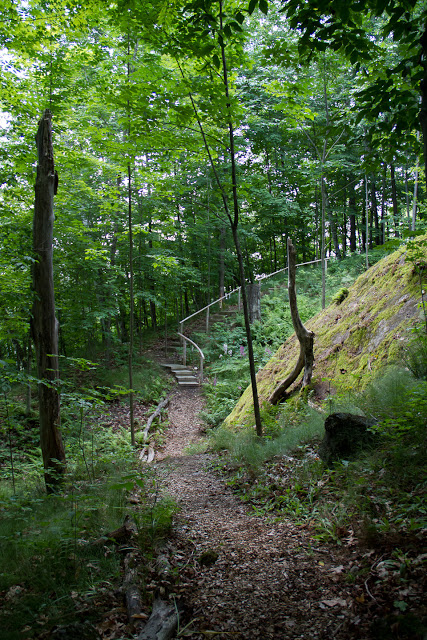 Glen Villa is about the land and the people who have lived on it, me and my family and the generations that preceded us. It’s about the emotions that plants and objects arranged artfully can evoke in those who take the time to really look at what is around them. It’s about the land beyond the garden itself: the woods and the paths we’ve created that have become as familiar as my face in the mirror.
I love sharing these familiar spots with other people and watching as they see places for the first time.

One of earliest scenes I created is called The Egg. It started as a nothing-special sort of place, near the top of a rise in the woods. Worse than nothing-special, it was unappealing, full of stunted, dead or nearly dead trees. But near the spot was the amazing rock pictured above, a huge boulder covered with moss.  I wanted the path to curl around the rock, but those dead trees had to go.

Once gone, we were left with an oval shaped space, shady and peaceful. How to use it?

An egg is oval. So The Egg, it became. A place of beginnings. A place to mark my origin. A surprising touch of Virginia in the midst of a forest in Quebec.

Where is Virginia in this froth of white? Around the edge, like a protective shell. Boxwood. Little green egg drops, perfectly round. 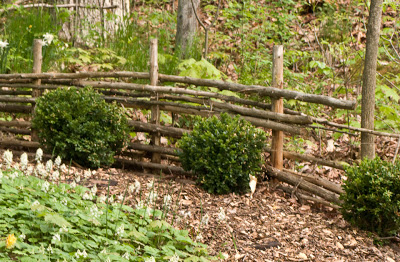