A Fence with a Story

You are here:
Uncategorized 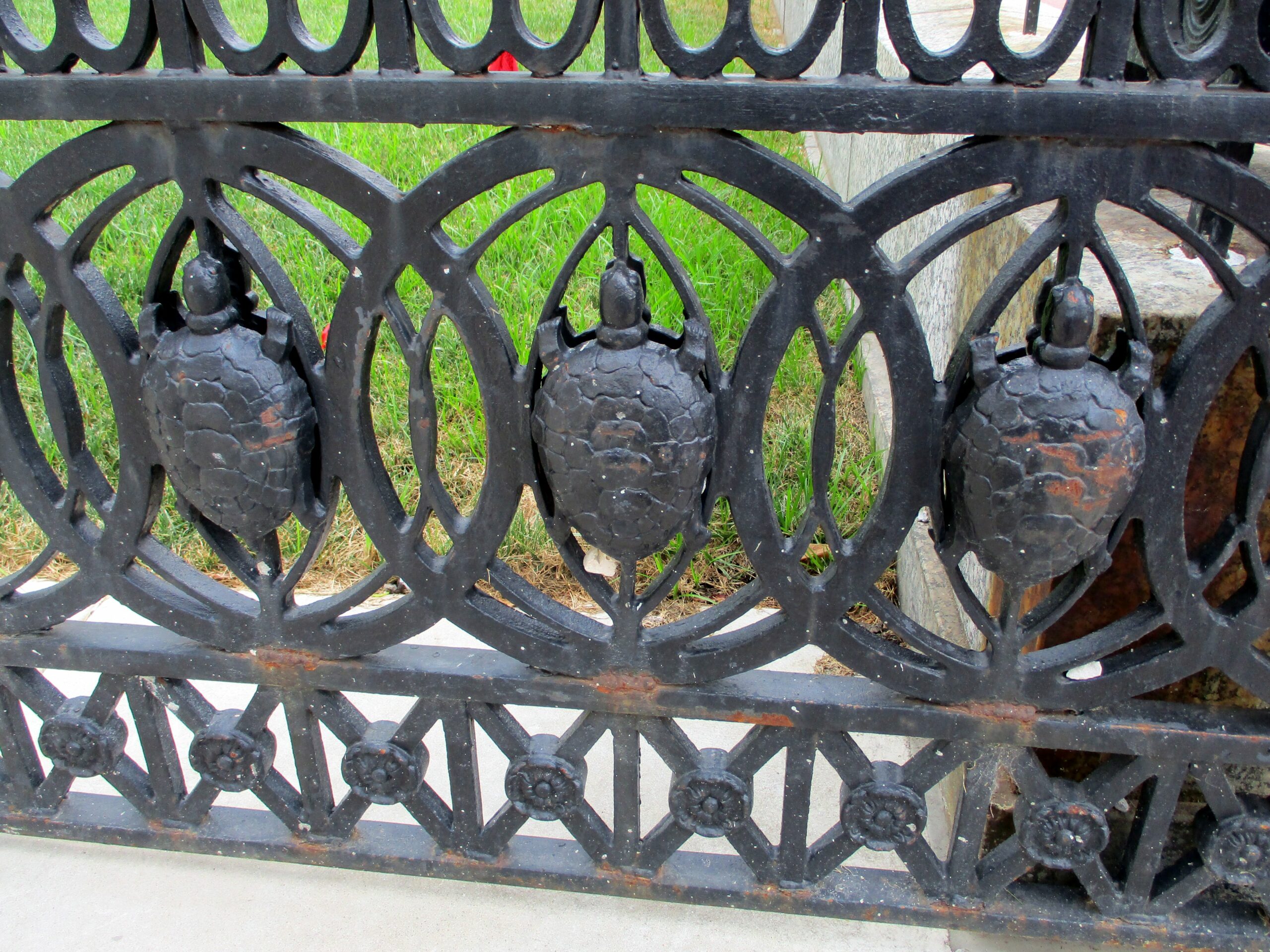 After reading my most recent post about fences, a friend sent me a photo of the fence around the Old Courthouse in St. Louis, Missouri. 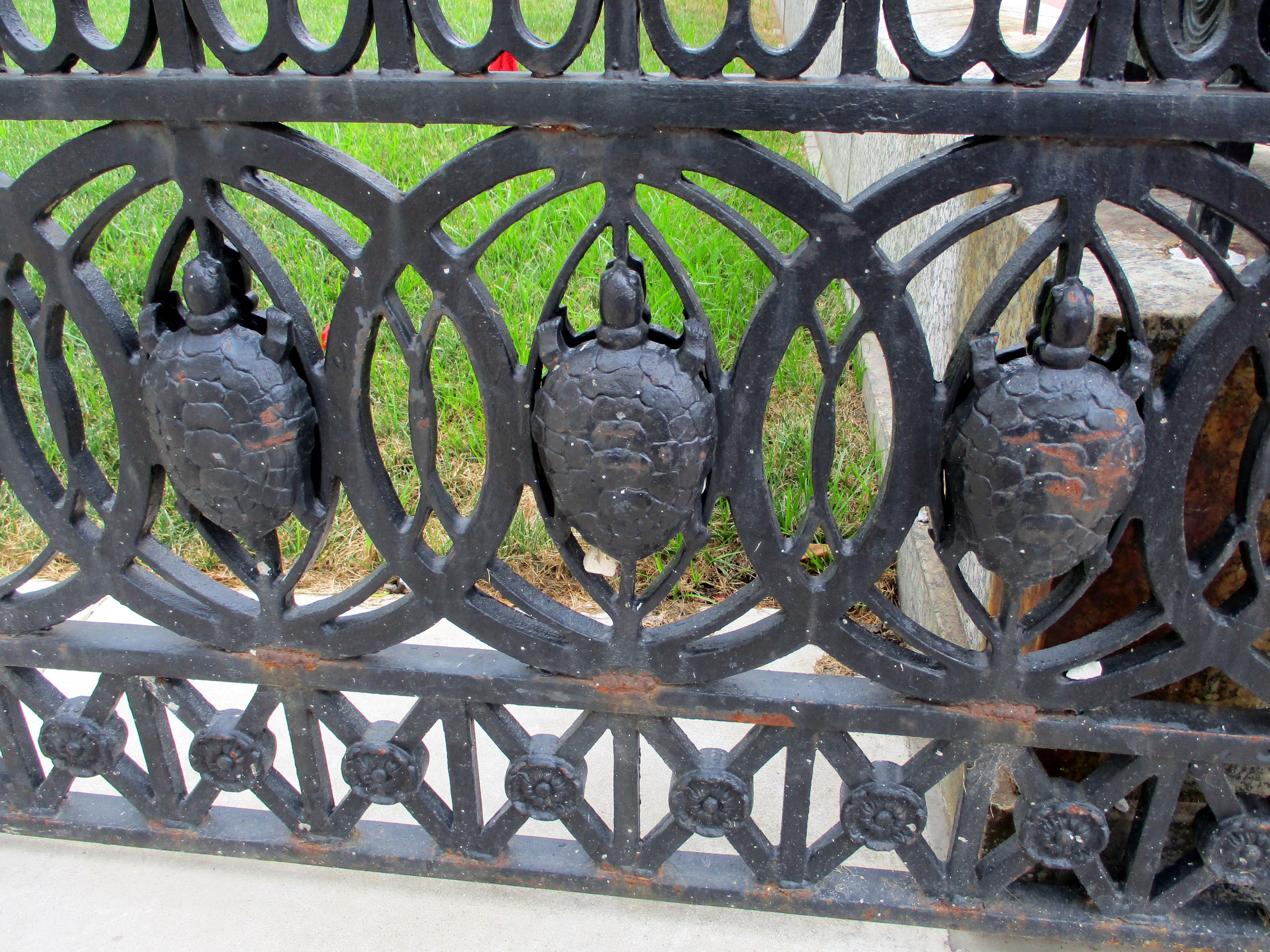 You don’t often see turtles on fences. Or at least not in my part of the world.

I wondered if Missouri was the turtle state, and if not, what was the story behind the design?

This information from a brochure about the Old Courthouse tells the tale:

‘A turtle design on the reproduction courtyard gates commemorates a turtle that once lived in the courthouse fountain.  Legend claims that custodian James Quigley brought the turtle to the courthouse where it had the distinction of being called “the only thing connected with the building that did not require an appropriation of the taxpayers’ money”.’

Thanks, Sarah! Whether true of not, the story is a good one.

Does anyone else have a good fence story to share? Or a story about a turtle?